WILMINGTON (Nov. 21, 2011) – Governor Jack Markell and U.S. Senator Chris Coons today joined DNREC Secretary Collin O’Mara, the staff of the Division of Fish and Wildlife and a host of conservation partners and supporters to officially celebrate the 100th anniversary of fish and wildlife conservation in Delaware with a special ceremony at the Russell W. Peterson Urban Wildlife Refuge in Wilmington.

“Over the past century, fish and wildlife conservation has improved our quality of life, provided a wide range of recreational opportunities and contributed to our economy,” said Governor Markell. “Our state parks and other natural resources help draw thousands of visitors every year who support local jobs and businesses. Delaware has also become an ecotourism destination, with visitors from all over the world coming for the spring spectacle of spawning horseshoe crabs and the thousands of migratory shorebirds.”

Governor Markell also presented a tribute in honor of the past century’s conservation achievements, which began in October 1911, when one of his gubernatorial predecessors appointed the state’s first Board of Game and Fish Commissioners.

Among the accomplishments of the Commission and later, the Delaware Division of Fish and Wildlife cited today:

“For the past 100 years, the Division of Fish and Wildlife has protected a wealth of natural resources in our great state,” said U.S. Senator Chris Coons. “Delaware’s natural resources support countless recreational activities that draw hundreds of thousands of visitors every year, which helps support local businesses and our regional economy. I congratulate the Division of Fish and Wildlife for 100 years of building a true conservation success story.” 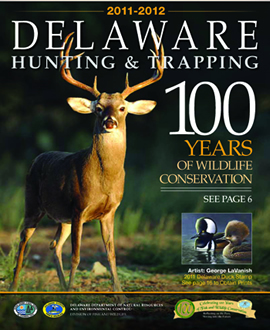 “As we move ahead, the Delaware Division of Fish and Wildlife expects to continue its mission, using sound science to guide policies that protect and enhance our fish, wildlife and natural habitat,” said Fish and Wildlife Director David Saveikis. “We will continue to educate and engage the public on the benefits of conservation and outdoor recreation, and to promote understanding that healthy fish and wildlife populations and habitats – and the diverse recreational and commercial opportunities they provide – are a vital part of Delaware’s economy and identity.”

Looking forward, Secretary O’Mara spoke of building on partnerships and of incorporating the best of science and technology into developing new, innovative conservation approaches. As an exciting example, he offered a preview of the Delaware Bayshore Initiative, which was recently recognized by the U.S. Department of the Interior as one of the country’s most promising ways to reconnect Americans to the natural world.

“For the past half century, strong partnerships among the conservation community, state government, and landowners have preserved the Delaware Bayshore as an ecological treasure. As a result of generations of effort, this area today is known to birders and biologists around the globe as a hotspot for migrating shorebirds and as a destination for low-impact hunting, fishing, and wildlife watching,” said Secretary O’Mara. “The Delaware Bayshore Initiative will build upon the past century of Fish and Wildlife conservation, honor the legacy of the Coastal Zone Act, and help strengthen local economies by focusing strategic investments on ecological restoration and low-impact recreation for the enjoyment of current and future generations.” 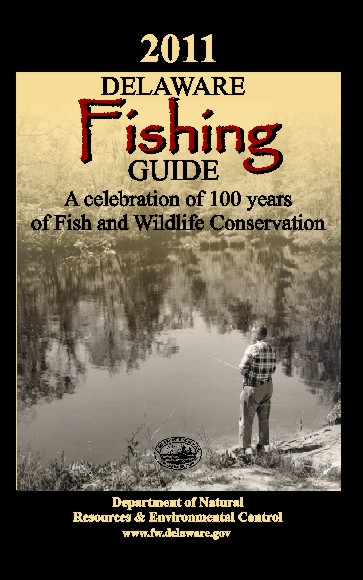 The celebration concluded with the ceremonial planting of a native Delaware sycamore tree – a tree known for its longevity, solidity and mature size – and the last of 100 special trees to be planted on the Peterson Refuge in honor of the anniversary. The site is an area recently cleared of invasive plant species beside the DuPont Environmental Education Center, one of several areas on the refuge that have been under restoration.

Owned by the Wilmington Riverfront Corp. and managed by the Division of Fish and Wildlife in partnership with the Delaware Nature Society, the refuge was established in 1998. Located in the northernmost part of Delaware’s Coastal Zone, the refuge is named for Russell W. Peterson, widely known as the father of Delaware’s Coastal Zone Act and of DNREC, the agency he created in 1971 to join the state’s various environmentally-related commissions including the Board of Game and Fish under one banner and one mission: to conserve, protect and enhance Delaware’s precious natural resources and the quality of life for today’s residents and for the generations that will follow us.

In honor of the 100th anniversary of fish and wildlife conservation in Delaware, the Division of Fish and Wildlife has planted trees, stocked trophy trout, printed special edition hunting and fishing guides and held hunting and fishing photo contests this year. A series of press releases on the history of the Division’s various sections have been issued, with the stories of Fisheries and Wildlife still to come. For more information about the anniversary, including the photo contests, or the Division’s programs, please visit www.dnrec.delaware.gov/fw.

For Journalists: Please contact our press team with inquires and feel free to use photos posted on Flickr.