Dover, DE – Governor Jack Markell’s nominee for Secretary of the Delaware Department of Education, Mark Murphy, was confirmed by the Delaware Senate today. 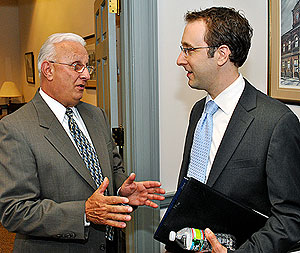 “Making our public schools even stronger will be critical to our long-term economic success. Mark Murphy will hit the ground running to keep our school improvements underway. He brings a teachers heart, principal’s perspective and years of data-driven experience that are all necessary to keep making progress,” Markell said. “I would like to thank the members of the Delaware Senate, particularly the Executive Committee, for their show of confidence. I would also like to thank Secretary Lowery for her hard work and dedication to Delaware’s children.”

“Mark Murphy received a very thorough hearing before the Senate Executive Committee,” said Senate President Pro Tem Anthony DeLuca, D-Newark, who chairs the executive panel. “I think he understands there are a lot of hard questions facing him as secretary of education that won’t have easy answers. But I think he’s ready to take on those challenges and I wish him well in his post.”

“Mark went through a very long, thorough hearing,” said Sen. David Sokola, D-Newark, who chairs the Senate Education Committee. “It was a healthy discussion and I think he showed that he not only has an understanding of where education in Delaware is now, but that he also has a vision of where Delaware should be headed.”

In his current role as Executive Director of the Vision Network, Murphy works regularly with a coalition of 26 public schools in Delaware to build teacher capacity and improve education outcomes. His work brought him to more than 150 classrooms this year to help implement the state’s Race to the Top reforms, enhance school leadership development initiatives, improve job-embedded professional development projects, and help identify ways to measure and improve student achievement. Mark is also currently working with the Department of Education and leaders throughout the State to implement the State’s common core standards initiative.

“Delaware has made remarkable progress, putting forward a detailed agenda and implementing innovative ideas to make sure more students graduate ready to succeed in work or college. I look forward to helping move each of these efforts forward,” Murphy said. “I would like to express my appreciation to the Delaware Senate for having confidence in my abilities to work with teachers, principals, parents and community leaders in continuing this important work and supporting Delaware’s future.”

Murphy began his career in the classroom, as a teacher at a high-poverty Title I school in Maryland, where he served on the leadership teams that guided the school to Blue Ribbon Status and National Title I Distinguished School status. He then served as an Assistant Principal at an elementary school before becoming principal of George Washington Carver Elementary.

Murphy went from leading the school to a role as Executive Director of Leadership Development at New Leaders for New Schools, a national non-profit. There, he designed and implemented cutting-edge school leadership standards and assessments, which directly led to the successful development of over 200 school principals across ten cities. He also trained over 500 school leaders and staff, worked individually with over 100 schools, and partnered at the policy level with three large urban districts. 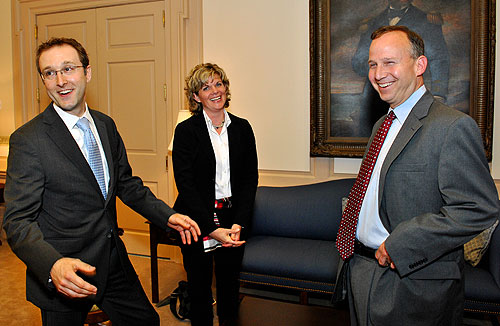