Next fall, nearly 1000 kindergarteners and first graders will be enrolled in Governor Markell’s World Language Expansion Initiative, as seven more schools across the state begin offering students the opportunity to 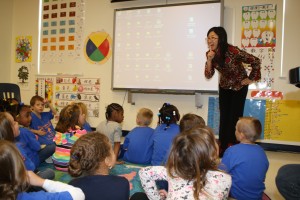 participate in an elementary immersion program studying either Mandarin Chinese or Spanish. This builds off the initial launch of the program, which debuted in three elementary schools in the beginning of the 2012-2013 school year. An annual investment of $1.9 million will support  program reaching nearly 10,000 students in K-8 immersion programs by 2022.

“The ability to speak another language is a life skill that is becoming crucial in the global job marketplace and to our growing state economy,” Governor Markell said, noting that in Asia and Europe, children typically begin learning additional languages as early as 5 years old. “We have an incredible opportunity for Delaware youth to learn another language before they reach high school, a skill that will benefit them for the rest of their lives.” 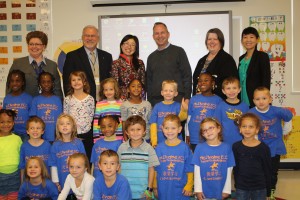 In the program, children are taught academic content in both languages. The focus is to build proficiency – students being able to use the language – not to teach grammar. The Delaware kindergarteners entering the program will be able to continue their immersion study into middle school and achieve Advanced Placement credit in ninth grade. In high school, they will be encouraged to study an additional language as well as continue their immersion language study through dual credit offerings.

“We are absolutely delighted with the Immersion Program at John M. Clayton Elementary School,” said principal Charlynne Hopkins. “It is exciting to see students learn academic content through a second language. To highlight the success of the program, we will be hosting a Parent Night where all of our Immersion parents can observe how well their child is learning both in English and Spanish and meet their 1st grade English teacher for next year.”

More information about immersion and Delaware’s program is available through the Department of Education.

Photos from Governor Markell’s visit to the Chinese immersion program at McIlvaine Early Childhood Center are available on his Flickr page.