Education Policy Expert Jennifer Ranji Nominated for Secretary for the State Department of Services for Children, Youth and Their Families 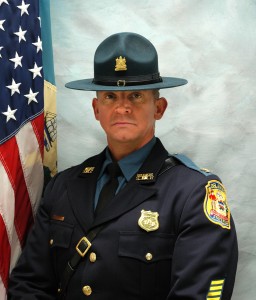 “Colonel Coupe is a proven manager, well-respected leader, and people person,” said Governor Markell.   “He earned accolades throughout his Division for creating a climate of trust through open and honest communication and transparency.    I am pleased Colonel Coupe may continue to serve the state as a Cabinet Secretary with a critical public safety role.”

“I am humbled by the Governor’s nomination and the confidence he has placed in me and excited at the possibility to again serve the State of Delaware,” said Colonel Coupe. “ If confirmed by the Senate as Commissioner, I would be honored to serve with the men and women of the Department of Correction.”

Jennifer Ranji served as Educational Policy Advisor in the Office of Governor Markell from September 2009 to July 2012.  She was the lead staff person on Race to the Top and Early Childhood Race to the Top initiatives and played a leading role in developing the Governor’s education policy agenda, working closely with the Department of Education, the Department of Services for Children, Youth and Families, and other agencies and stakeholders.   Prior, Ms. Ranji was in private legal practice, served as Deputy Legal Counsel in the Office of Governor Thomas Carper and as Director of Legal Affairs for Family Court of the State of Delaware.  While in private practice, she provided pro bono representation to domestic violence victims through Delaware Volunteer Legal Services and to child abuse victims through the Office of the Child Advocate.

“Jennifer has been engaged with family, child protection and education issues, as an advocate and policy expert,” said Governor Markell.  “Her work ethic is unparalleled.  Jennifer carries the credentials as well as the compassion needed to lead an agency that cares for some of the most vulnerable among us.”

“I am truly honored by Governor Markell’s nomination of me for the Secretary of the State Department of Services for Children, Youth and their Families,” said Ranji.  “Having worked as the Governor’s Education Policy Advisor, I know first-hand the commitment that this Governor and Administration have to ensuring that every child in Delaware has the opportunity to achieve their fullest potential.  I am, therefore, particularly excited to be nominated to lead the efforts of an agency whose work is critically important to that goal.”

The State Department of Services for Children, Youth and their Families provides and manages a range of services for children who have experienced abandonment, abuse, adjudication, mental illness, neglect, or substance abuse. Its services include prevention, early intervention, assessment, treatment, permanency, and after care.  The Children’s Department employs approximately 1200 staff at 31 locations, who serve over 8,000 children on any given day. Among the workforce are 52 Family Crisis Therapists (FCTs), who work in elementary schools throughout the state. Additionally, the Department provides licenses to nearly 2,200 daycare operations, which provide services for more than 49,000 children in Delaware.