Wilmington – A Delaware Child Predator Task Force investigation into the online distribution of child pornography has led to the arrest this week of a Wilmington-area man, Attorney General Beau Biden announced today.

“We’re using all the tools at our disposal to protect kids by identifying predators and taking them off the streets,” Biden said.

An online undercover investigation initiated by Task Force detectives led to the receipt of multiple files of child pornography from an individual.  Subsequent investigation led to a residence in the 100 block of Lorewood Avenue in Elsmere and to a person of interest, 38-year old Shaun A. Parks, a resident of the address.  Detectives learned that Parks would be reporting to his probation officer on Tuesday, August 27 and, upon his arrival, detectives made contact with Parks and he was taken to DSP Troop #6 for further investigation.  Parks was on pre-trial supervision from an April 12, 2013 arrest for Aggravated Menacing and a weapons charge.

On August 27, a search warrant for the Lorewood Avenue location was executed by members of the Child Predator Task Force.  During the search multiple computers and other digital media were seized and an initial forensic examination of the seized evidence recovered multiple videos of child pornography.

As a result of the investigation, Parks was arrested on August 27 and charged with 10 counts of dealing in child pornography.  He was arraigned via videophone by JP Court #2 and was ordered held in lieu of $200,000 secured bail.

A booking image of Parks is below. 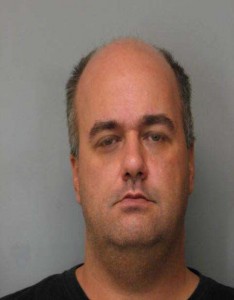