Wilmington – Attorney General Beau Biden announced today that his office has arrested an employee of a New Castle County group home for sex crimes against a resident.  The charges allege that Hedwidge Rivas, age 71, engaged in unlawful sexual contact with the victim on multiple occasions between June and July of this year.  The sexual assaults are alleged to have taken place at a Newark group home operated by Bancroft, where Rivas worked as an aide.

“Our greatest responsibility is to act to protect the most vulnerable Delawareans,” Biden said.

The criminal investigation, conducted by the Attorney General’s Medicaid Fraud Control Unit with the support of Newark Police and New Castle County Police, was initiated after a report was made in mid-July to the State and the Newark Police Department.  Rivas, age 71, of Wilmington, was taken into custody this morning by Special Investigators with the Attorney General’s Medicaid Fraud Control Unit and charged with:

Rivas was booked at New Castle County Police headquarters, was arraigned via videophone from JP Court #2, and was taken to Howard R. Young Correctional Center in lieu of $127,000 cash bail.  Anyone with information that may assist in the ongoing investigation is urged to contact Special Investigator Curtis Clifton in the Attorney General’s Medicaid Fraud Control Unit at 302-577-8155.

A booking image of Rivas is attached. 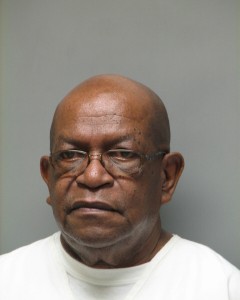