As a result of the ongoing Child Predator Task Force investigation, on November 25 the Attorney General’s office secured the 144-count indictment from the New Castle County Grand Jury.  It charges Figura with 71 counts of Sexual Exploitation of a Child for producing child pornography between 1998 and 2007, and 71 counts of Dealing in Child Pornography for compiling and/or distributing those files.  In addition, the indictment charges Figura with 1 count each of Rape 2nd Degree and Unlawful Sexual Contact for physically assaulting two of these young victims in 2007.

Figura has remained incarcerated on $1.5 million cash bail since his December 19, 2012 arrest.  A booking image from his 2012 arrest is attached.  Read the December, 2012 press release announcing Figura’s arrest on child pornography charges at https://news.delaware.gov/2012/12/20/newark-man-charged-with-distributing-child-pornography/.

The Delaware Department of Justice reminds the public that an indictment is merely an allegation and is not evidence of guilt. Defendants are presumed innocent and are entitled to a jury trial at which the State bears the burden of proving each charge beyond a reasonable doubt.

Biden also announced that this morning, James Davis, who pled guilty to four counts of Dealing in Child Pornography on September 25, 2013, was sentenced by Kent County Superior Court Judge Robert B. Young to 8 years in prison.  Davis, age 50, of Magnolia, was arrested by the Delaware State Police on October 18, 2012 on multiple counts of Dealing in Child Pornography.  The ongoing investigation ultimately revealed that Davis maintained a collection of more than 1,000 images of child pornography on his computers and other digital storage devices. 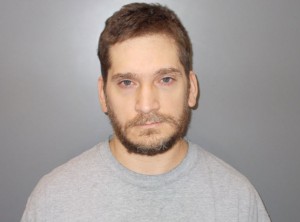