Wilmington, DE – Having made early childhood services a priority of his administration, Governor Markell announced today enhancements designed to help more early childhood programs receive high ratings and make it easier for kids from low-income families to get the best care.

Effective July 1, top quality programs will receive higher reimbursement rates from the state for accepting kids from families whose incomes are 200 percent of the poverty level or less. In addition, recently-published research by Stanford psychologists has found that “two-year-old children of lower-income families may already be six months behind in language development.” Delaware will become just the second state, after Rhode Island, to make infant care a special priority by providing funding for the additional staff necessary to work with the state’s youngest kids.

The state will also focus on providing the specific support child care providers say they need to increase their quality rating. At the same time, to earn the top ratings, programs will be held accountable for meeting specific standards based on research about factors that most affect a child’s development – like a curriculum focused on intentional teaching and a highly trained staff.

“To build a strong future for Delaware, we must give our kids the best chance to reach their potential,” said Governor Markell. “But we can’t wait for kindergarten to start preparing them for success. Quality early learning and care results in better educated, healthier, and more responsible adults. It’s a vital building block for the strong and sustainable workforce that determines America’s ability to compete in the decades to come.

“I’m proud of the progress we have made and I’m committed that we will not rest until every child has a fair opportunity.”

The changes outlined below build on progress Delaware has made since Governor Markell proposed, and the General Assembly passed, a $22 million investment in 2011 to increase early childhood’s budget by a third. That funding was the start of an effort to significantly upgrade the state’s STARS Quality Rating and Improvement System (QRIS) by increasing the number of high-quality early learning programs and giving the best programs the support they need to accept kids who could otherwise not afford to enroll.

Funding for the latest upgrades – the first major changes to funding for early learning programs since the initial improvements – come from the $50 million federal Early Learning Challenge grant that Delaware won in 2011, to continue to improve early childhood education in the state.

“These enhancements reflect the result of a comprehensive review of our programs, extensive feedback from early care providers, and a close examination of the research on successful early childhood programs,” said Jennifer Ranji, Secretary of the Department of Services for Children, Youth, and their Families. “We know that the greatest benefits of early childhood programs only materialize when we’re able to offer the highest quality care from birth to kindergarten and today’s announcement brings up closer to making that a reality for all of our children.”

“I’m very hopeful that these changes will allow more programs to afford infant care,” said Cheryl Clendaniel, administrator at The Learning Center in Milford. “We see how important those first months are in a child’s development, but the amount of the resources it takes to support infants has made it extremely hard for centers to offer space for them.”

Wilmington  – In his weekly message, filmed at St. Michael’s School and Nursery in Wilmington, Governor Markell announces enhancements to help more early childhood programs receive high ratings and make it easier for disadvantaged kids to get the best care.

“We’ve heard from providers about the resources they need to meet high standards, so we’re increasing the assistance that’s most helpful,” said Governor Markell. “Our children are our future. By giving them the best opportunity to learn and develop from the beginning, we’ll keep Delaware moving forward.”

We can’t wait for kindergarten to start preparing our children for success. Ninety percent of their brain development happens by age five and quality early care results in better educated, healthier, and more productive adults. That’s why we’ve made access to high quality early childhood programs a top priority, by setting standards for what it means to be a top program and helping our best centers serve families that can’t afford to attend. Our investments are paying off.

Last year alone, the number of low-income Delaware children attending a high quality program increased by 50 percent. That’s 2,200 more children served here at St. Michael’s and at other great centers across the state. Those kids are expanding their vocabulary, solving problems, and entering kindergarten ready to flourish. But we can do better for thousands more kids and their families.

I’m announcing enhancements that will help more early childhood programs receive high ratings and make it easier for disadvantaged kids to get the best care. Through federal grant money, four and five star programs will receive higher reimbursements for the cost of serving those kids. Recognizing our children’s development starts the day they’re born, these programs will receive additional funds for the increased staff necessary to work with infants. This funding comes with more accountability. To earn top ratings, programs will be asked to meet more specific criteria – like a high level of staff training.

We’ve heard from providers about the resources they need to meet high standards, so we’re increasing the assistance that’s most helpful. Our children are our future. By giving them the best opportunity to learn and develop from the beginning, we’ll keep Delaware moving forward.

Dover – Attorney General Beau Biden’s office announced today that a Dover man has been sentenced to life in prison for drug dealing.

On October 16, 2012, the Delaware State Police Kent County Governor’s Task Force was conducting a patrol at the Autumn Run Apartments in Dover and attempted to stop a suspicious vehicle with multiple occupants which failed to stop and led police on a pursuit.  After the vehicle was ultimately stopped, a search revealed a loaded 22-caliber handgun, drugs (marijuana), and a digital scale.  Dover resident Seanne Godwin, who was in the rear passenger seat, told police that he had facilitated a drug deal and he was subsequently arrested.

After initially posting bail following his October, 2012 arrest, Godwin was arrested again, in May, 2013, for drug dealing (heroin), possession of marijuana, and other charges in a separate case.  Those charges remain pending.  Godwin has remained incarcerated since his May, 2013 arrest.

Two other occupants of the vehicle in the October 16, 2012 arrest, 24 year-old Kendric Forman and 21 year-old Tyere Joyner, were also charged and successfully prosecuted in connection with this case.

A booking image of Godwin is attached. 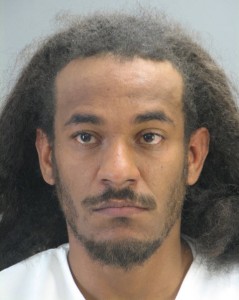 Wilmington – Delaware Attorney General Beau Biden’s office announced today that an administrative hearing officer has ruled that the owner of The Amish Mill furniture store committed 23 violations of the state’s Consumer Fraud Act and must pay $1,000 per offense.

“The bad faith was manifest,” according to the officer’s findings.

After receiving numerous complaints from customers, Biden’s Consumer Protection Unit filed an administrative complaint last year against Michael D. Wharton, The Amish Mill’s owner. The administrative complaint centered on allegations that Wharton would promise customers to have furniture ready by a certain date but never deliver and that he charged customers additional, undisclosed fees if they called to check on the order or complained about the store’s business practices.

At a recent hearing on the allegations, former Amish Mill customers testified that they waited months past the timeframe when Wharton said their furniture would be delivered and that the hidden fees included $5.99 if they called him to check on the status of their overdue orders or $85 for posting negative comments online.

In an opinion signed Monday, an administrative hearing officer agreed with the allegations in the complaint and found Wharton had committed 23 violations of Delaware’s Consumer Fraud Act. Wharton not only failed to deliver items within the promised time frame, the officer found, but in some cases never had any intention of having the ordered furniture built. When customers complained, no attempt to resolve the situation was made. Instead, the fees were tacked onto their bills or they were told their orders were nonrefundable.

“One would expect that a businessman who was having legitimate problems with suppliers to be contrite, offer refunds, or in some way accommodate the customer over an item’s extreme lateness,” the officer wrote. “Mr. Wharton’s anger with customers when they inquired about their items is indicative of someone, who, viewing some customers negatively and with a sense of entitlement, sought to drive them away and keep their money.”

Wharton even left one customer a voicemail in which he said the customer’s bill was “going up very drastically” because the customer had called to check on his order and posted comments online.

In addition to the $23,000 Wharton was ordered to pay, the hearing officer also extended a Cease and Desist Order that Biden’s office issued against Wharton that subjects him to stiff penalties if he assesses undisclosed fees or retains customer deposits for items he fails to deliver items in the timeframe promised. Since Biden’s Consumer Protection Unit brought this administrative action against Amish Mill, the scrutiny has led to several customers receiving their long-delayed orders and other customers receiving refunds after waiting as long as 14 months for furniture that had been ordered and on which deposits had been paid but that were never delivered.