“With Malice Toward None…Delaware Life During the Civil War”: 16th annual Chautauqua tent show to take place in Lewes, Del. from June 15 to 19, 2014

America’s deadliest conflict and its effect on the Delaware home front will be vividly brought to life during the 16th annual Chautauqua tent show, “With Malice Toward None…Delaware Life During the Civil War.” Events and programs will take place at a variety of downtown Lewes, Del. locations including the Zwaanendael Museum and the Lewes Historical Society from June 15 to 19, 2014. Admission is free and open to the public. Go here for a complete listing of activities. For additional information, call 302-645-1148.

A unique mixture of education and entertainment, Lewes’ Chautauqua will be held under a large tent and will be headlined by re-enactors from the American Historical Theatre who take on the personas of four individuals who played major roles in the history of the Civil-War-era: President Abraham Lincoln; Union spy Harriet Tubman; nurse and founder of the American Red Cross Clara Barton; and poet and nurse Walt Whitman. Audience members are encouraged to ask questions and interact with the featured performers who will remain in-character throughout their appearances.

At the same time, the Chautauqua will explore the impact that the Civil War had on ordinary Delawareans from every strata of society. The First State’s wartime experiences reflected the particularly acute dichotomies and conflicting loyalties that were experienced by Maryland, Delaware, Kentucky and Missouri—the “border” states that permitted slavery but did not secede from the Union. Delaware’s involvement in the war will be explored in a living-history performance by Wilmingtonian Willis Phelps who will portray James Elbert from Polktown, Del. who enlisted and fought with the United States Colored Troops. 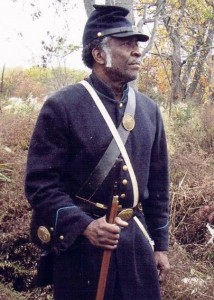 Other topics of local interest include the following lectures and presentations:

Chautauqua takes its name from a series of adult education programs that were first held at a campsite on the shores of Lake Chautauqua in upstate New York during the late 19th century. Chautauquas spread throughout America in the late 19th and early 20th centuries bringing speakers, teachers, musicians, entertainers, preachers and specialists of the day to a wide cross-section of the nation’s rural and small-town population. Circuit Chautauquas (also known as Tent Chautauquas) were an itinerant manifestation of the movement. Programs would be presented in tents pitched in a field near town. After several days, the Chautauqua would fold its tents and move on to the next community. The popularity of Chautauquas peaked in the mid-1920s, after which radio, movies and automobiles brought about the gradual disappearance of the movement by the 1940s. 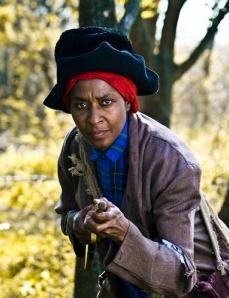 Reborn in the 1970s as a vehicle for humanities education, modern Chautauquas are organized around a core program in which re-enactors portray celebrated historical figures, speaking and interacting with audiences, often in the setting of a large outdoor tent. Modern Chautauquas have been presented annually in Delaware since 1999 featuring a wide variety of historical figures including Amelia Earhart; Dolley Madison; Eleanor Roosevelt; Edgar Allan Poe; the Lone Ranger; John Philip Sousa; and Delaware’s own Allen McLane, F.O.C. Darley and Clifford Brown.