Newark – The latest investigation by the Delaware Child Predator Task Force into the online distribution of child pornography has a led to the arrest of a Newark man, Attorney General Beau Biden announced today.

“Thanks to the constant vigilance of our Child Predator Task Force we’re taking those who would harm our kids off the streets,” Biden said.

During its investigation the Task Force traced the distribution of child pornography to a residence in the unit block of Shields Lane in Newark.  Yesterday, 50 year-old Robert M. Metzger, the sole occupant of the residence, was taken into custody and was transported to DSP Troop #2 and the Child Predator Task Force, along with a uniformed Trooper from Troop #2, executed a search warrant at his residence.  During the search, investigators seized one laptop computer and additional digital media devices.

An initial forensic examination of the evidence seized during the search revealed multiple images and videos of child pornography.  As a result of the investigation Metzger was arrested yesterday and charged with 25 counts of Dealing in Child Pornography.  He was arraigned via video phone by JP Court #2 and was taken to James T. Vaughn Correctional Center in lieu of $500,000 secured bail 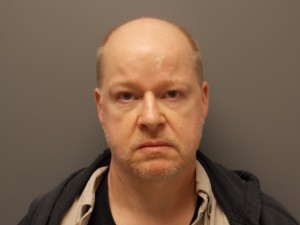