Wilmington – Attorney General Beau Biden’s office announced today that a Newark man has been charged with dealing in child pornography following an investigation by the Delaware Child Predator Task Force.

As a result of the Task Force investigation the Child Predator Task Force and the Delaware State Police executed a search warrant on June 27, 2014 at a residence in the Harbor Club Apartments on Cheswold Boulevard in Newark. As a result of the search, a cellular smart phone, multiple computers and other digital media were seized.  During the search, one of the residents of the apartment, Anthony David Slater, age 35, was transported to Troop 2 for further investigation.  Based on the initial forensic results of the search, Slater was returned to his residence and the investigation continued.

A thorough forensic examination of the seized evidence by the DSP High Technology Crimes Unit ultimately revealed multiple images of child pornography and as a result of the ongoing investigation Slater was arrested yesterday, July 9, and charged with 25 counts of Dealing in Child Pornography.  He was arraigned via videophone by JP Court 2 and was taken to James T. Vaughn Correctional Center in lieu of $25,000 secured bail. 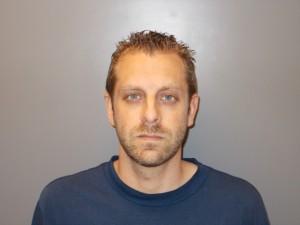