Wilmington – An investigation by the Attorney General’s Medicaid Fraud Control Unit has led to the arrest of 57-year-old Angela Coverdale, of Wilmington, a certified nursing assistant formerly employed at the Emily Bissell Hospital, a long-term care nursing home located in New Castle County.

“We’re acting to protect our most vulnerable citizens who often can’t speak up and speak out for themselves,” Attorney General Biden said.

Biden’s Medicaid Fraud Control Unit initiated a criminal investigation after receiving a report from another staff member at the nursing facility that Coverdale had repeatedly punched a 72-year-old female resident in the face, neck, and chest while cursing at her.  The resident received medical treatment and fully recovered from the injuries she sustained.

Coverdale’s employment at the facility has since been terminated.

As a result of the investigation an arrest warrant was secured and Coverdale turned herself in to special investigators from the Medicaid Fraud Control Unit on Wednesday July 30, 2014.  She was charged with two misdemeanor counts of Patient Abuse for the physical and emotional trauma that the resident suffered while under her care, was arraigned via videophone by JP Court #2 and was released on $2,000 unsecured bail.  As a condition of her release the Court ordered Coverdale to have no contact with the alleged victim or Emily Bissell Hospital and prohibited her from obtaining employment at a similar facility or in any nursing facility.

A preliminary hearing was held today in the New Castle County Court of Common Pleas, after which the case was bound over to Superior Court.

A booking image of Coverdale from her July 30 arrest is attached. 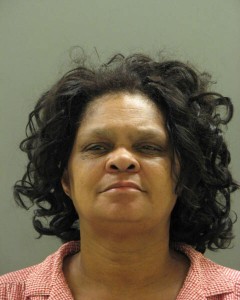 Biden encouraged anyone who may know of Medicaid fraud or who suspects patient abuse, neglect, mistreatment, and financial exploitation in nursing homes and other facilities to contact the Delaware Medicaid Fraud Control Hotline at (302) 577-5000.  Anonymous tips are accepted.