Governor Jack A. Markell to Present Awards in the Arts 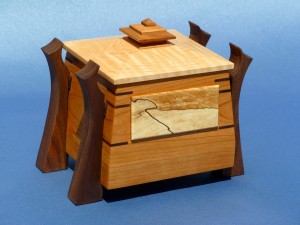 Governor Jack A. Markell will honor the recipients of the 2014 Governor’s Awards for the Arts at a presentation starting at 7:00 p.m. on Monday, October 6, 2014 at The Grand Opera House in Wilmington, Delaware. The event, co-chaired by First Lady Carla Markell and Delaware State Arts Council Chair Lise Monty, will include videos celebrating the work of the winners, as well as performances by two young professional Delaware musicians: 2014 Emerging Artist Fellow Matthew Smith (guitar) and 15-year-old Pyerce Lateef Oates (piano). The event is free and open to the public. RSVP required: delarts@delaware.gov or 302-577-8278.

“I’m thrilled to join with the Delaware State Arts Council in recognizing the outstanding work of these eight Delaware artists and arts organizations,” said Governor Markell. “Through their art as well as their leadership, education, innovation and advocacy they have had a significant and profound impact on the artistic and cultural life of Delaware.”

The awards are being created by Milford, Delaware artist Michael Quattrociocchi, an award-winning wood craft artisan. “Treasure Box” is an Asian design made of wood with applied panels on front and back. The front and back panels are made of spalted maple in a “Landscape” design reminiscent of the Delaware shore. Landscapes may be a shoreline with fog, marshland scene, or estuary.

Music Director of the Delaware Symphony Orchestra (DSO) since 2002, David Amado is a gifted artist with degrees in piano performance, instrumental conducting, and orchestral conducting from The Juilliard School and Indiana University. He has guest conducted throughout the world, including with the Chicago Symphony, the Philadelphia Orchestra, the Toronto Symphony Orchestra and Orquesta Sinfonica de Xalapa, among others.

Now in his 12th season with the DSO, Amado has expanded the capacity and reputation of the orchestra, reinvigorated the musicians, and provided leadership and oversight for the DSO’s first CD recording in 2010 (which debuted at number 11 on the Billboard classical charts and earned a nomination for a Latin Grammy Award). His commitment to collaboration and new ventures has been especially noteworthy. He created and nurtured partnerships with many of the state’s premiere arts organizations including Delaware Art Museum, Delaware Shakespeare Festival, Delaware Theatre Company, First State Ballet Theatre, Freeman Stage at Bayside, The Grand Opera House, Music School of Delaware, OperaDelaware, University of Delaware School of Music, and World Café Live at The Queen.

As a committed music educator, Amado has visited, made music and lectured at many of the state’s public and private schools. Leading the DSO through challenging times, Maestro Amado has utilized his uncompromising musical excellence to open dialogues, create partnerships and expand what music can do in and for our state.

Filling a blank canvas, an empty stage, and for the last 30 years, the viewfinder of a camera, Sharon Baker’s narrative and documentary storytelling has established her as an award-winning, working artist. Her films, television programs and screenplays have been recognized in esteemed festivals that include New York, Columbus, Hollywood, and Heartland. Drawing inspiration from Delaware history, Baker’s work has aired on American Public Television, PBS, The History Channel, Nickelodeon, BRAVO, and National Geographic. Her work as a writer, director, and producer has earned her prestigious national awards and nine regional EMMY’s.

Baker is co-founder of TELEDUCTION, Inc., founder of the non-profit Serviam Media, Inc. and its Hearts and Minds Film Initiative, and creator of the online portal ContentDelaware.org, a video storytelling project for Delaware. Baker’s Hearts and Minds Film Festival promotes socially-focused, independent filmmaking. Her Media Mentors program trains underserved youth in the art and craft of digital storytelling.

Baker has filmed documentaries in Africa, China, Central America, Europe, and throughout the United States. Most importantly to her, she continues to create stories throughout her home state, helping to raise visibility and support for the arts in Delaware.

Recognized as one of the world’s most successful concert violinists and multifaceted musicians from China, Xiang Gao’s musical integrity and virtuoso technique have gained accolades from audiences and reviewers around the globe. He has performed solo with more than 100 symphony orchestras worldwide and for many world leaders. Gao is a founding member of the “China Magpie” ensemble of YoYo Ma’s Silk Road Project and “6ixwire,” a Delaware-based crossover duet with erhu (Chinese violin) soloist Cathy Yang.

Gao has notably contributed to the arts in Delaware by creating and directing the fastest-growing, unconventional concert series in the state, The University of Delaware Master Players Concert Series (MPCS), as well as creating original music productions to promote cultural understanding and exchange while changing the way live music is experienced. He recently finished composing music for “Campus Chatter: the new musical” that will open in 2015.

A two-time Delaware Division of the Arts Individual Artist Fellowship winner, Gao has performed countless times as a volunteer musician on behalf of MPCS at Delaware hospitals, senior centers, libraries, and inner-city schools, making music accessible to children and community members who might not normally be able to attend a concert.

Eunice LaFate has infused Folk Art into everything she touches, and has used the art form to improve the lives of the people and communities she works with. Originally from Jamaica, LaFate’s creative vision finds its origin in the colors and tones of the island’s people, landscapes, and culture. An accomplished self-taught artist who has been painting for more than 20 years, her work is in the permanent collections of the William Jefferson Clinton Presidential Library in Little Rock, Arkansas, as well as the Blue Ball Barn Museum in Wilmington, Delaware.

As a speaker for the Delaware Humanities Forum, board member of Creative Vision Factory, and advocate for the Folk Art form, LaFate has encouraged participation in the creation of art by children and adults across the state, including bank employees, Job Corp students and people with disabilities. A recent highlight of LaFate’s work was her 20-Year Folk Art Retrospective Exhibition at the Blue Ball Barn Museum, complemented with the release of her documentary “ARTS AS PREVENTION” in the fall of 2013.

A social visionary, LaFate uses her canvas to address issues that affect the community and state – children and adults. She received an Individual Artist Fellowship from the Delaware Division of the Arts in 2004.

This award was created in honor of Peggy Amsterdam, Director of the Delaware Division of the Arts from 1993-2000. Before her untimely passing in 2009, Peggy was a pillar in the arts world – recognized regionally and nationally for her leadership and vision, for expanding people’s access to the arts, and for supporting excellence in artistic expression.

Evelyn Swensson has been a powerful musical force in Delaware for 58 years: 13 years in Seaford and Dover, and 45 years in Wilmington. During her illustrious career she has been a conductor, composer, performer, lecturer, and educator.

As Director of Music at Mt. Olivet Church in Seaford, she organized a chorus of 120 singers to present free choral concerts. She conducted the Dover Choral Society, and in Wilmington, she was Director of Music at Aldersgate United Methodist Church (1969-2002). Swensson performed as a soloist with the Delaware Symphony Orchestra, OperaDelaware, The Brandywiners, and Ardensingers, and after completing a Master of Music degree from West Chester University in 1972, she was the first woman to conduct all four of these organizations.

As Music Director for OperaDelaware’s Family Opera Theater (1974-2007), Swensson composed 12 musicals based on award-winning books in the school curriculum. A speaker/performer for the Delaware Humanities Forum, she has written and is still performing one-woman shows that illuminate the lives of women of historical importance.

Swensson has won many awards including Distinguished Alumna Awards from Harpeth Hall/Ward Belmont School in Tennessee, Hollins University in Virginia, and West Chester University in Pennsylvania. Her memoir, NOTES: My Life with Music, has recently been published.

Billie Travalini is an internationally-recognized, award-winning writer and educator, and the force behind many educational and literary ventures throughout the state. A concern for the individual voice – both literary and literal – is at the core of this native Delawarean’s work and life.

As the volunteer coordinator of numerous writing conferences, including co-founder and coordinator of the Lewes Creative Writers’ Conference, now in its seventh year, Travalini has organized numerous inspirational professional development opportunities for her colleagues and the public. She conceived and produced two anthologies of Delaware poetry and prose – On the Mason Dixon Line (University of Delaware Press, 2008) and No Place Like Here (Doll’s Eye Press, 2012) – volunteering her time to showcase work from dozens of established and emerging Delaware writers.

Travalini has spent years teaching students served by Delaware’s Department of Services for Children, Youth and Their Families, where she uses creative writing to inspire critical thinking. Determined to share the students work with a wider audience, she gathered the students’ poems, stories, and works of art in Teaching Troubled Youth: a Practical Pedagogical Approach, an award-winning book with an important message on the human condition. The recipient of two Individual Artist Fellowships from the Delaware Division of the Arts, Travalini was recognized in 2005 for poetry and in 2007 for fiction.

The Joshua M. Freeman Foundation aims to create opportunities to elevate the human spirit through the arts, for residents of Sussex County and the surrounding area, by partnering to present memorable performances and provide inspired arts education for all.

The first season of arts programming at The Freeman Stage at Bayside (2008) began with 28 performances, all free to the public, serving more than 14,000 attendees. From that small start, The Freeman Stage has grown to presenting 50 performances each summer with annual attendance reaching more than 40,000. All art genres — full symphonic orchestras, pop and rock bands, country singers, jazz musicians, ballet and modern dance, opera, and theater — are represented in the season’s programming.

The Foundation has earned numerous grants and awards, including the 2013 Southern Delaware Tourism Award and Delaware Today’s “2012 Best Bandstand in Delaware” award.

Since its incorporation as a non-profit arts organization over 25 years ago, VSA Delaware (VSADE) has worked diligently to support artistic opportunities for individuals with disabilities throughout the state. By providing a unique link between the arts, disability and education communities, VSADE (formerly known as Very Special Arts) recognizes the need for children and adults with disabilities to be provided with opportunities to participate and achieve in the areas of performing and visual arts.

Partnering with more than 40 Delaware schools, districts and organizations, VSADE has worked diligently to develop dialogue about accessibility, cultural access and universal design, so that Delaware arts organizations may improve their accessibility and outreach to diverse audiences.

History and Coordination of the Awards
Governor Russell W. Peterson began the tradition of honoring Delaware artists in 1970. Since then, Delaware has paid tribute to 40 distinguished individuals and organizations that have had a profound and lasting impact on the state’s artistic and cultural life. This marks the 11th celebration since 1970.

The 2014 Governor’s Awards for the Arts are coordinated by the Delaware Division of the Arts in conjunction with the Delaware State Arts Council and the Governor’s office. Award recipients were selected from a pool of candidates solicited during an extensive nominating process.

The Delaware Division of the Arts is an agency of the State of Delaware. Together with its advisory body, the Delaware State Arts Council, the Division administers grants and programs that support artists and arts organizations, educate the public, increase awareness of the arts, and integrate the arts into all facets of Delaware life. Funding for Division programs is provided by annual appropriations from the Delaware State Legislature, and grants from the National Endowment for the Arts, a federal agency.