Dover – Today, Commissioner Robert Coupe commended Karl Hines, Deputy Commissioner of the Delaware Department of Correction, for his 33-year career of dedicated public service to the State of Delaware, as Hines retires from government service this week.

“Karl’s tireless dedication to his work has helped make our families and our communities safer, and has helped thousands of Delaware offenders return to the community with the ability to lead more productive lives,” Commissioner Coupe said. “He has led by example through his humble demeanor, strong work ethic, and able leadership and leaves the Department of Correction in a stronger position to fulfill its mission. It has been my honor to work with him and I wish him a long and enjoyable retirement.”

Hines began his Department career in 1981 as a Correctional Counselor. He was promoted to Probation & Parole Officer in 1985, and was subsequently promoted Supervisor, Manager, and then Regional Manager within the Division of Probation and Parole before being named Deputy Bureau Chief of Community Correction in 2008. A year later he was promoted to Chief of Community Correction, and he served in that position until Commissioner Coupe appointed him Deputy Commissioner in April, 2013.

As Regional Manager of Probation and Parole, Deputy Commissioner Hines helped implement the Department’s automated offender tracking system and he oversaw construction of the State’s largest Probation and Parole Office, a facilitate on Cherry Lane in New Castle that houses more than 150 probation officers who together supervise more than 6,000 community-based offenders. As Deputy Bureau Chief, and later as Bureau Chief of Community Correction, Hines led 350 staff statewide who are responsible for supervising more than 16,000 community-based offenders. As Deputy Commissioner, he has helped lead the State’s implementation of I-ADAPT, a innovative effort to marshal the collective efforts of state agencies to work with incarcerated offenders who are nearing their release in order to assist them in their reentry to society, and he has helped spearhead the Department’s ongoing multi-year effort to secure accreditation by the American Correctional Association.

Deputy Commissioner Hines has received numerous awards and commendations for his performance and leadership by the Department, including commendations for exemplary service on eight occasions, as well as the Correctional Supervisor of the Year Award (1997), Special Forces Award for Safe Streets (1998), Department Supervisor of the Year Award (2007), and he has been recognized for perfect attendance for the past 18 years.

Traditional fabric-arts to be featured at Dover, Del.’s John Dickinson Plantation in January 2015

(DOVER, Del.—Dec. 30, 2014)—During the month of January 2015, the John Dickinson Plantation, located at 340 Kitts Hummock Rd. in Dover, Del., will present five special programs that explore traditional fabric-arts (weaving, spinning and knitting) that would have been practiced during the 18th century when John Dickinson was in residence at the property. Admission is free. For additional information, call 302-739-3277.

On Wednesdays, Jan. 7, 14, 21 and 28, between 11 a.m. and 2:30 p.m., the plantation will present “Weaving Wednesdays,” hands-on activities in which visitors will learn how to weave a blanket or rag rug; while on Saturday, Jan. 10, from 1 to 3 p.m., the Thistledown Fiber Arts Guild will be conducting hands-on demonstrations.

The John Dickinson Plantation was the boyhood home and country estate of John Dickinson, one of the founding fathers of the United States, signer of the U.S. Constitution and “Penman of the Revolution.” The plantation features Dickinson’s original 1740 brick home, reconstructed farm buildings and a log’d dwelling, surrounded by rich agricultural lands stretching down to the banks of the St. Jones River.

Following is a schedule of plantation events through June 2015. All programs take place at the John Dickinson Plantation, 340 Kitts Hummock Road, Dover, Del. The property is open Wednesday to Saturday, 10 a.m. to 3:30 p.m. Times for special programs are indicated. Admission is free for all events listed. For additional information, call 302-739-3277.

Saturday, Feb. 7, 2015
“A World Apart.” African-American-history-based tours. Learn about Dinah and her family and their journey from enslavement to freedom. 11 a.m.–2:30 p.m.

Saturday, March 21, 2015
“A Woman’s World.” Experience the art of water coloring, view family drawings and paint your own watercolor creation while learning how women lived on the estate of the “Penman of the Revolution.” 11 a.m.–2:30 p.m.

Wednesday, April 22, 2015
Earth Day at the John Dickinson Plantation. Explore the natural beauty at the home of the “Penman of the Revolution,” enjoy tours of the colonial-revival garden and create a scented sachet. 11 a.m.–2:30 p.m.

DOVER, DE – Insurance Commissioner Karen Weldin Stewart announced today that the Department of Insurance has scheduled a public hearing for January 12 and 13, 2015, to receive public comment on proposed rate decreases for Workers’ Compensation insurance for the upcoming year.

Commissioner Stewart has received filings from Milliman, Inc. and INS Consultants, Inc., two independent actuaries engaged by the DOI, and by a third independent actuary, AIS Risk Consultants, working for Delaware’s Ratepayer Advocate. All agree that an overall reduction in both residual market rates and in voluntary market loss costs, as proposed by the Delaware Compensation Rating Bureau under Filing No. 1404, is in order. All documents are available on the DOI website at www.delawareinsurance.gov

Public comment may be in writing or may be presented orally at the Hearing. Written comments must be received no later than Monday, January 5, 2015 by 4:30 p.m., and should be addressed to the attention of Nicole Holecek, Paralegal, Delaware Department of Insurance, 841 Silver Lake Boulevard, Dover, DE 19904. Also, those intending to provide oral comments at the hearing must notify Nicole Holecek at 302.674.7316 or Nicole.Holecek@delaware.gov, no later than 4:30 p.m., Monday, January 5, 2015.

DOVER  — Farmers and agricultural professionals attending Delaware Ag Week 2015 can now get even more business advice and expertise, as the Delaware Department of Agriculture is expanding its popular direct marketing workshop to a full day.

The Jan. 15 workshop will include presentations in the morning on website development, selling to grocers, roadside farmstand traffic safety, Delaware’s Buy Local initiative, and other topics. The afternoon will feature presentations and a Q&A forum on federal, state and private grant and loan programs that can make farming more profitable.

“An important part of our mission is to help farmers maintain profitability and expand into new markets,” said Delaware Secretary of Agriculture Ed Kee. “These workshops will help teach some new business techniques and opportunities to farmers who are already growing the best farm-fresh products out there and want to make the right connections.”

The marketing workshop, normally held on Tuesday or Wednesday, was moved to Thursday to avoid conflicting with attendance at the Fruit & Vegetable Growers Association sessions. It will be held in the Department of Agriculture’s Education Building, near the Dover Building. Attendance is free, and registration is not required.

Delaware Ag Week is attended by more than 1,900 Delaware farmers, and includes sessions on topics including fruits and vegetables, poultry, grain crops, marketing, beef cattle and irrigation. It runs from Jan. 12-16 at the Delaware State Fairgrounds in Harrington, and is sponsored by the University of Delaware Cooperative Extension, Delaware State University Cooperative Extension, and the Delaware Department of Agriculture. For a complete schedule and more information, visit sites.udel.edu/delawareagweek.

Dover – The Delaware Department of Correction announces that an offender has failed to return from an authorized weekend pass issued by the Plummer Community Corrections Center in Wilmington. Ongoing attempts to make contact have been unsuccessful and at this time the offender’s whereabouts are unknown. An escape warrant for the offender’s arrest has been issued. 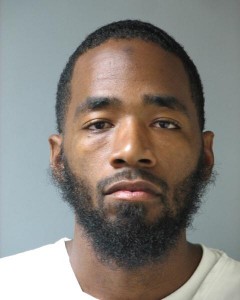