Dover, DE – Governor Markell today announced he has nominated Felice Glennon Kerr to serve on the Family Court of the State of Delaware. If confirmed by the Delaware Senate, Kerr will fill the vacancy left by Judge Michael Newell, who was confirmed and sworn in yesterday as Chief Judge of the Family Court. 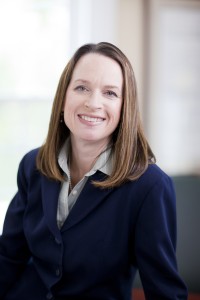 “Felice Kerr is an accomplished and well-respected family law attorney who has more than 2 decades of experience practicing family law,” said Governor Markell. “If she is confirmed by the Senate, I believe she will serve our state well as a Family Court judge.”

In addition to her courtroom experience, Mrs. Kerr is involved in numerous volunteer activities and professional associations. She serves as a volunteer attorney for the Delaware Volunteer Legal Services, the Domestic Violence Advocacy Program, and Office of the Child Advocate. In addition, she volunteers at the Lutheran Church of the Good Shepherd, and serves as a mock trial coach at The Tatnall School, among other volunteer efforts. She is also a founding member of the Parenting Coordination Council of Delaware, and a member and past chair of the Family Law Section of the Delaware State Bar Association.

“It is an honor and privilege to be nominated by Governor Markell to the position of Associate Judge of the Family Court of Delaware,” said Kerr. “I have tremendous respect for the judges, commissioners and staff of the Family Court and if confirmed by the Senate would be proud to serve alongside them.”

Mrs. Kerr, 50, received a Bachelor of Arts from Villanova University in 1986. She earned her law degree at Suffolk University Law School in 1989 and was admitted to the Delaware Bar in 1990. She resides with her family in Wilmington.