Strong winds over the weekend held water in the inland bays, causing extremely high tides throughout the state and requiring several roads to be closed, and a Coastal Flood Advisory remains in effect for Kent and Sussex Counties until 7 p.m.

“Thousands of State and local government officials continue to work across Delaware to ensure the safety of residents effected by this weather,” said Governor Markell. “I want to thank first responders for their swift actions to support those in need during this event. Though the precipitation has ended, the impact from the rain and wind will continue until water levels recede. We encourage motorists to avoid driving through flooded roads and contact local agencies if they require assistance or support.” 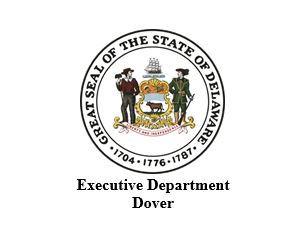 TERMINATION OF A LIMITED STATE OF EMERGENCY

WHEREAS, Sussex County experienced significant tidal flooding caused by a Nor’easter system over the last four days, resulting in closures of flooded roads, power outages, and business closures; and

WHEREAS, I instituted a limited state of emergency in Sussex County, effective at 12:00 p.m. on Friday, October 2, 2015, to address that coastal flooding; and

WHEREAS, many first responders from fire companies, police departments, the National Guard, DelDOT, Sussex County, and other governments and agencies assisted throughout the weekend by assisting motorists, helping residents, and securing property; and

WHEREAS, the flooding caused road damage and shoreline erosion, but expected tides over the next several cycles are expected to diminish, and Hurricane Joaquim has now moved well offshore, so the conditions that necessitated declaring a State of Emergency are no longer present;