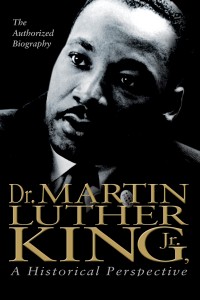 On Wednesday, Jan. 13 at 7 p.m., historical interpreter Bob Vander Decker will present the first lecture of a year-long series entitled “The Founding of America in One Year” which will examine important local and national events that led to the creation of the United States. In the Jan. 13 program, Vander Decker will explore the period of 1603 to 1699 when the east coast of North America was experiencing a wave of European colonization. Admission to the lecture is free and open to the public.

On Tuesday, Jan. 19 at 7 p.m., the museum will screen the 2002 documentary film, “Dr. Martin Luther King, Jr.: A Historical Perspective.” This revealing documentary uses rare and largely unseen film footage and photographs to explore King’s life and the development of his philosophies, set against the backdrop of the Civil Rights Movement. Admission to the film is free but, due to space restrictions, reservations are recommended by calling 302-323-4453.

One of the oldest and most historic courthouses in the United States, the New Castle Court House (main section built in 1732) served as Delaware’s first court and state capitol. Here in 1776, New Castle, Kent and Sussex counties declared their independence from Pennsylvania and England creating the Delaware State. The museum features tours and exhibits that illustrate Delaware’s unique boundaries, law and government and the Underground Railroad.

In addition to the January programs, the museum is currently featuring the exhibit “Emeline Hawkins: Her Journey From Slavery to Freedom on the Underground Railroad” which chronicles the compelling story of Emeline Hawkins and her family, and their 1845 odyssey on the Underground Railroad from slavery in Maryland, through Delaware to freedom in Pennsylvania; and Sculpture by Charles Parks, a display of works by the noted Wilmington artist featuring historical and political figures including a Minute Man, and presidents Richard Nixon, Gerald Ford and George W. Bush.