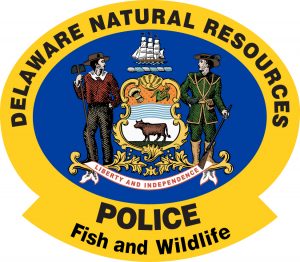 Fisheries Conservation: Possession of river herring (2), unlicensed fishing (8), and illegal use of cast net in tidal water within 300 feet of a dam or spillway (1).

Boating and Boating Safety: No life jacket on a child age 12 or younger as required by law (1).

DNREC’s Division of Fish & Wildlife recognizes and thanks the majority of anglers, hunters and boaters who comply with and support Delaware’s fishing, hunting and boating laws and regulations. Citizens are encouraged to report fish, wildlife and boating violations to the Delaware Fish & Wildlife Natural Resources Police by calling 302-739-4580. Wildlife violations may also be reported anonymously to Operation Game Theft by calling 800-292-3030 or online at de.gov/ogt.

Unlike some other types of hunting, turkey hunting is an interactive sport that often involves calling to the birds and moving around in the woods to increase the opportunity of harvesting a gobbler. Hunters are reminded that it is unlawful to drive wild turkeys, to shoot a wild turkey on the roost or, for safety purposes, to wear red, white or blue while hunting.

For more information on hunting in Delaware, click on 2017-2018 Delaware Hunting and Trapping Guide. The guide also is available in printed form at DNREC’s Dover licensing desk and from license agents throughout the state.