WILMINGTON (July 10, 2018) – The Department of Natural Resources and Environmental Control will hold a public meeting Monday, July 16 to enable Delawareans to express their opinion about the US Environmental Protection Agency’s proposal to deny the state’s 126(b) Clean Air Act petitions aimed at reducing air pollution that comes into Delaware after originating elsewhere. The public meeting will be held from 10 a.m. – 1 p.m. in Room A112, Wing A, Delaware Technical Community College Stanton Campus, 400 Stanton Christiana Rd., Newark, DE 19713.

DNREC Secretary Shawn M. Garvin scheduled the July 16 public meeting in response to EPA’s refusal to provide a more convenient venue to Delawareans for voicing their opinion of EPA’s proposed denial of the CAA petitions, and also on account of EPA’s sharply limiting the public comment period for the agency’s proposed actions. EPA held a public hearing in Washington, D.C., June 22 – only 15 days after the agency announced it would deny Delaware’s Clean Air Act petitions – failing to act on both Secretary Garvin’s requests for not less than 45 days for public comment and a later date for EPA’s hearing to be held in Delaware.

“We are holding this meeting to provide an opportunity for the public to comment about the transmission of air pollution from out of state into Delaware,” Secretary Garvin said. “The Department has pursued – and will continue to pursue – voluntary and collaborative efforts with partner states to ensure upwind power plants meet the same stringent standards Delaware is required to meet. All Delawareans would agree that it is now time for EPA to hold upwind sources accountable for ozone emissions that are impacting downwind states.”

More information about the meeting can be found on the Delaware Public Meeting Calendar at https://publicmeetings.delaware.gov/Meeting/60043. Comments from the public meeting will be submitted to EPA in the form of a transcript on behalf of all who speak on the proposed denial of the CAA petitions, to EPA’s federal docket (EPA-HQ-OAR-2018-0295). More information from EPA on its proposed denial of Delaware’s 126(b) petitions can be found on EPA’s website at https://www.epa.gov/ozone-pollution/proposed-action-clean-air-act-section-126-petitions-delaware-and-maryland. Acting Director David Fees of DNREC’s Division of Air Quality gave testimony on Delaware’s behalf at EPA’s public hearing last week in Washington that can be found on the DNREC website.

Anyone interested in speaking at the meeting can sign up until 4 p.m. Friday, July 13 by sending an email to Valerie.Gray@delaware.gov of the Division of Air Quality. Written comments about the EPA’s proposed denial of the 126(b) petitions also can be submitted to Ms. Gray via email, but must be received by 4 p.m., Friday, July 13. 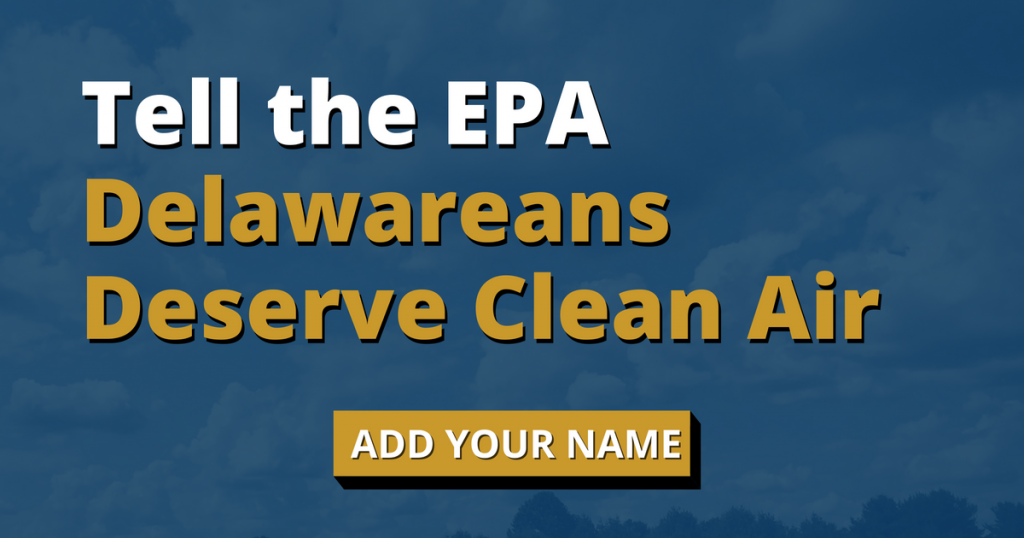