DOVER – With shorter days ahead – especially after the Nov. 4 change from daylight savings back to Eastern standard time – DNREC’s Division of Fish & Wildlife reminds Delaware motorists, especially 9-to-5 workers driving home at dusk, to be alert for deer crossing roadways. 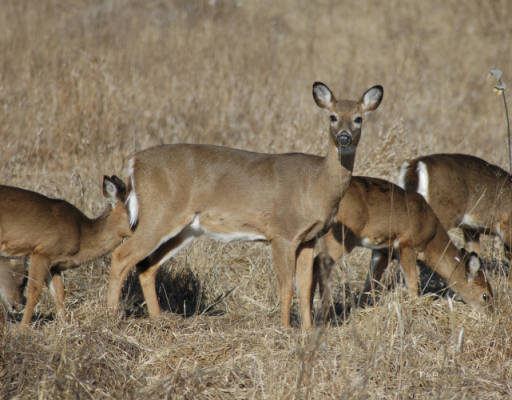 National statistics show that at least half of all deer-vehicle collisions occur the last three months of the year, with the highest number of deer struck on the roadways in late October through mid-November. State Farm Insurance recently reported that motorists made 5,435 deer/vehicle collision insurance claims in Delaware between July 1, 2017 and June 30, 2018, a 2.9 percent decrease from 5,600 during the same time period last year. Delaware ranks 24th this year out of the 50 states and the District of Columbia included in State Farm’s report on where deer-vehicle collisions are most likely to occur; neighboring Pennsylvania ranks third. Delaware is considered a medium-risk state with a 1-in-139 chance of a collision, compared to the national average of 1-in-167. Average property damage claims in deer-vehicle collisions run $4,341.

Attentive driving is the best way to avoid deer collisions. Keep these tips in mind, as suggested by the Delaware Office of Highway Safety, Delaware police agencies, auto insurance companies, and the Division of Fish & Wildlife:

For more information about white-tailed deer in Delaware, contact the Wildlife Section at 302-739-9912.