COOCH’S BRIDGE – Hallowed grounds believed to be the final resting place of some two dozen American soldiers who perished in the only major battle of the Revolutionary War fought in Delaware will soon become property of the state’s historic preservation agency, according to an agreement announced Friday.

Gathered at the historic Cooch home just south of Newark, officials from the Department of State joined members of the Cooch family to announce plans for the Division of Historical and Cultural Affairs to acquire the home and surrounding property at the heart of the Cooch’s Bridge battlefield.

In addition to providing a new public resource for future generations of Delawareans to learn the story of the Battle of Cooch’s Bridge, the acquisition of the site will also allow for continued archaeological study of the property in an effort to locate the unmarked graves of the Americans who gave their lives there.

The agreement is the latest illustration of the Cooch family’s ongoing commitment to preserving the rich history of their lands, acquired by Thomas Cooch in 1746 and held in the family for nine generations since.

“Our father, Edward W. Cooch, Jr., would be very pleased with this announcement,” said Richard R. Cooch and Anne Cooch Doran. “He always said that he hoped that if the family house and battlefield, which he worked hard to preserve, ever left the Cooch family, that the property would be acquired by the State.”

“We as Delawareans are so fortunate to have such a variety of fascinating and beautiful historical sites up and down our state, and we should be proud of all the effort and cooperation that has allowed us to preserve another quintessential piece of our state’s history here at Cooch’s Bridge,” said Secretary of State Jeff Bullock. “I want to thank all the partners that came together to make this possible, with particular gratitude to Dick Cooch and Anne Cooch Doran for choosing to share this site with their fellow citizens.” 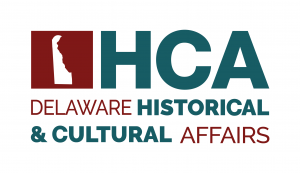 The acquisition includes the historic Cooch home, its adjacent outbuildings and 10 acres of surrounding property. The site will be purchased using $875,000 from the Delaware Open Space Council, plus $200,000 from the Crystal Trust and $25,000 from the Marmot Foundation (both independent, private philanthropic organizations based in Delaware.) Twenty percent of the sale proceeds will be donated by the Cooch family to the Cooch’s Bridge Historic District Fund administered by the Delaware Community Foundation. The fund, established by Edward W. Cooch, Jr., helps support maintenance and preservation efforts.

“The announcement of the permanent preservation of Delaware’s only Revolutionary War battlefield is another key example of the responsible stewardship for our shared history that we continue to practice here in our state,” said Tim Slavin, director of the Division of Historical and Cultural Affairs. “Next, we will begin to develop, with community input, a long-term vision for how these lands will be interpreted and made accessible to the public.”

The Cooch’s Bridge site also holds the potential to be among Delaware’s most sacred places. Written accounts from the 18th century cite the burial of approximately two dozen American soldiers on the Cooch farm after the battle.

The Division of Historical and Cultural Affairs launched an investigation into these accounts and, this summer, a team of archaeologists from Indiana University of Pennsylvania conducted on-site testing using ground-penetrating radar. Their initial findings have identified several areas which will now be investigated more thoroughly by archaeological excavation.

“The Cooch property is a remarkable tract with a remarkable story. The cultural history of the land encompasses not only resources that can be observed in the landscape, but also those items found below ground – the important and fragile archaeological record which provides information about the history of a place not found in texts or written documents,” said historical archaeologist Wade P. Catts. “Thanks to the Cooch family and their generations of stewardship, the Cooch’s Bridge battlefield is in excellent condition, retaining its context and integrity, and the story of the battle can be told to visitors.”