DOVER, Del – This Census Day, April 1, marked the start of the countdown to the 2020 U.S. Census. The Census is the once-a-decade population and housing count, and an accurate census count is critically important to Delaware in multiple ways:

• The results of the Census determine how many representatives each state gets in Congress and are used to draw Congressional and state legislative districts
• Federal agencies use the census results to distribute more than $675 billion in funds each year
• Communities rely on census statistics to plan for a variety of needs including new roads, schools, libraries and emergency services
• Businesses use census data to determine where to locate 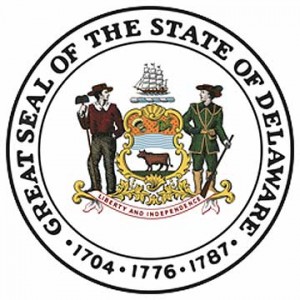 Delaware loses more than $2,000 in federal funds each year for every person left uncounted by the Census. That gap amounts to approximately $10 million lost annually that could have been used to support Delaware services and communities.

“The 2020 census begins exactly one year from today, and the Complete Count Commission is committed to counting each and every single Delawarean,” said Lt. Governor Hall-Long. “Our libraries are playing a critical role in helping us achieve a 100% success rate by providing the resources to count every one of our residents in each county, city, and town to ensure that Delaware receives the resources we need, and deserve.”

For the first time, the Census Bureau is allowing all households to submit their 2020 census responses online. Those unsure of how to complete the census online can visit their local Delaware public library to:

“We are so excited to partner with Delaware libraries for the 2020 Census,” said Devon Reed, Partnership Specialist with the U.S. Census Bureau. “With the digital nature of this decade’s Census – whether it’s applying for census jobs, working as census employees in local neighborhoods, or completing the Census on April 1, 2020 – all 33 libraries throughout the state will play a pivotal role in the success of the 2020 Census count. Making our libraries a one stop shop for all things Census gets us that much closer to Delaware’s most complete and accurate decennial count yet!”

“Delaware Libraries are a key part of the social infrastructure, and are standing by to assist and help ensure that every Delawarean is counted and receives all of the services that they need to achieve their full potential,” said Dr. Annie Norman, State Librarian.