Reminder for the week: Avoid distracted boating and improper lookouts 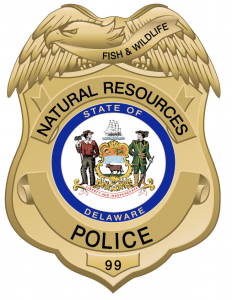 Boating & Boating Safety: No life jacket on a child age 12 or younger as required by law (3), operating a vessel with insufficient number of life jackets (4), failure to observe slow no wake (1), and inattentive operation of a motor vessel (1).

DNREC’s Division of Fish & Wildlife recognizes and thanks the majority of anglers, hunters, and boaters who comply with and support Delaware’s fishing, hunting, and boating laws and regulations. Citizens are encouraged to report fish, wildlife, and boating violations to the Delaware Fish & Wildlife Natural Resources Police by calling 302-739-4580 or through the DENRP Tip app on a smartphone, which can be downloaded free of charge by searching “DENRP Tip” via the Google Play Store or the iTunes App Store. Wildlife violations may also be reported anonymously to Operation Game Theft by calling 800-292-3030, going online to http://de.gov/ogt, or using the DENRP Tip app. Verizon customers can connect to Operation Game Theft directly by dialing #OGT.

Are you AWARE?
Delaware Fish & Wildlife Natural Resources Police remind boaters to always be safe on the waters by avoiding distracted boating and improper lookouts.

Inattentive operation of a vessel in Delaware includes both distracted boating and improper lookouts. We urge boaters to put down their electronics, talk to your passengers about a distraction-free ride, and watch for other boaters and swimmers around you. Any vessel operator found to not give their full time and attention to the operation of the vessel or maintain a proper lookout while operating the vessel will be charged with inattentive operation.

Some other ways to avoid distracted boating and improper lookouts include: