Dr. Rattay has served as DPH director since May 2009, leading nearly 700 employees who uphold the vision, “healthy people in healthy communities.”

“It’s more than just a long tenure. It’s the incredible service and leadership she has provided, particularly over the last year, to keep the people of Delaware healthy, safe and alive,” Governor Carney said. “She has been called on to demonstrate her incredible leadership over the last several months, and she has done so with compassion and professionalism, reaching the people of Delaware where they are and translating the public health science in a way that is understandable for average Delawareans.” 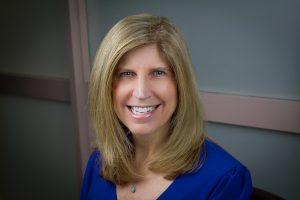 Under Dr. Rattay’s 12 years of leadership, DPH achieved national accreditation in 2016, completed Delaware’s first State Health Improvement Plan, and distributed guidance to improve health equity in Delaware. Dr. Rattay directs DPH’s response to public health emergencies, including the current COVID-19 pandemic as well as past events including the 2009 H1N1 Pandemic, Superstorm Sandy, Ebola virus, Zika virus and Tuberculosis (TB) outbreaks. Since 2012, she also has helped to guide Delaware’s response to the opioid epidemic. Dr. Rattay is a staunch supporter of the state’s healthy mothers and babies initiative, partners with communities to improve health, and promotes healthy lifestyles and the availability of health services such as cancer screenings and immunizations. She enjoys working with statewide health partners to improve population health and health equity.

Dr. Rattay is board-certified in Pediatrics. At Nemours Health & Prevention Services, she led a statewide initiative to prevent childhood obesity. She has widely published articles on childhood obesity and substance use disorders. Between September 2001 and June 2004, she served as a senior public health advisor to the U.S. Surgeon General and Assistant Secretary of Health in the Office of Disease Prevention and Health Promotion, Department of Health and Human Services, where she had a leadership role in the President’s Healthier U.S. Initiative.

In 2019, Dr. Rattay was presented the McCormack Award, which is presented each year to a current, or in some cases, a former, public health official who has served in public health for at least ten years, been a chief state or territorial health official for at least five years, demonstrated excellence and has made a significant contribution to the knowledge and practice of the field.

In addition, she holds licenses and certifications from the American Board of Pediatrics, State of Delaware Board of Physicians, and National Board of Medical Examiners. She is a fellow of the American Academy of Pediatrics, chairs the Healthy Babies Subcommittee for the Association of State and Territorial Health Officials (ASTHO) and is a former ASTHO board member. Dr. Rattay is the chair of the Addiction Action Committee, a founding partner of Healthy Communities Delaware, and a former president of the Delaware Board of Medical Licensure and Discipline.

To view the video of Dr. Rattay receiving her award from Governor Carney, visit https://youtu.be/2956WFsgZew

The Delaware Department of Health and Social Services is committed to improving the quality of the lives of Delaware’s citizens by promoting health and well-being, fostering self-sufficiency, and protecting vulnerable populations. DPH, a division of DHSS, urges Delawareans to make healthier choices with the 5-2-1 Almost None campaign: eat 5 or more fruits and vegetables each day, have no more than 2 hours of recreational screen time each day (includes TV, computer, gaming), get 1 or more hours of physical activity each day, and drink almost no sugary beverages.