[DOVER, Del.] November 18, 2021 — The holiday season is upon us, and this year, the Delaware Office of Highway Safety (OHS) wants you to give others the gift of holiday safety by pledging not to drink and drive.

The problem isn’t Delaware’s alone. According to the National Highway Traffic Safety Administration (NHTSA), drunk driving is a problem on our nation’s roads every day, but it’s more prevalent during the holidays. Nationally, during the Christmas and New Year’s Day holiday periods in 2019, there were more drunk-driving-related fatalities (210) than during any other holiday period that year. 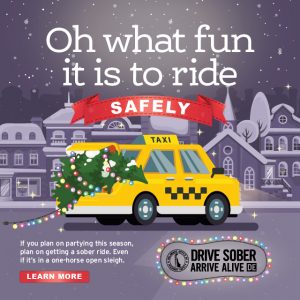 But we’ve asked, and you’ve listened. Here in Delaware, we’ve seen our numbers trending down.

While these figures represent a decrease in the first state’s DUI-related crashes and fatalities over the winter holiday season, there’s still more we can do to protect ourselves and others.

“The holidays are known for being merry and bright, but they’re also known for being one of the deadliest seasons when it comes to drunk driving. Every holiday season, lives are lost due to impaired drivers,” says Kimberly Chesser, Director, Delaware Office of Highway Safety.

“These tragedies are preventable. That’s why we’re asking all Delawareans to commit to keeping the roads free of drunk drivers, so that everyone can have a safe holiday. One way to do that is by celebrating this holiday season with a plan that includes a sober driver.”

Have a Plan Whether You’re Driving, Riding or Hosting: 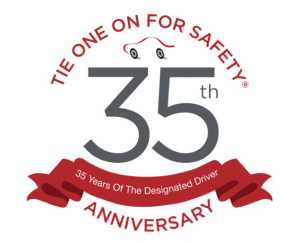 Law enforcement officers across the state are partnering with OHS to remind drivers it is never okay to drink and drive. From Friday, December 10th

through Sunday, December 26th, Delaware drivers will see more officers on the roads as part of an active DUI-enforcement campaign. The increased enforcement aims to motivate drivers to not drive under the influence of alcohol, as well as remind them of the consequences and dangers of drunk driving.To reinforce the message that drinking and driving doesn’t mix, the Office of Highway Safety is also partnering with MADD (Mothers Against Drunk Driving).

This years marks the 35th year of MADD’s ‘Tie One On For Safety’ campaign, which asks people to tie a red ribbon on their car antennas as a visible reminder to designate a sober, non-drinking driver.

To support our shared mission of preventing drunk driving deaths, OHS will be handing out 1,000 red ribbons at Milton’s Winter WonderFEST.

Now that it’s getting darker earlier, it’s even harder for drivers to see pedestrians. To make sure everyone arrives alive, the Office of Highway Safety (OHS) encourages all pedestrians to carry a flashlight or wear reflective/light-colored clothing. OHS also asks drivers to slow down and to be on the lookout for pedestrians – especially in neighborhoods.

The cold, winter weather also poses challenges for drivers. Rain, sleet, and ice can impact a driver’s steering and stopping abilities – making a driver’s reaction time even more critical. To help reduce dangerous distractions in the car and keep drivers’ eyes on the road, drivers should already have their directions set and routed before they even leave the driveway. Winter storms can also come on suddenly, so drivers should check the latest weather warnings and traffic and road conditions before they head out.

To remind drivers of the extra road risks during the holidays, OHS is conducting several additional enforcement campaigns:

About the Delaware Office of Highway Safety