DOVER, Del. – State Auditor Kathy McGuiness said today the State Auditor’s Office was granted permission by Gov. John Carney to hire outside counsel in its ongoing subpoena case with the Department of Health and Social Services (DHSS) over access to Medicaid eligibility records for an audit. 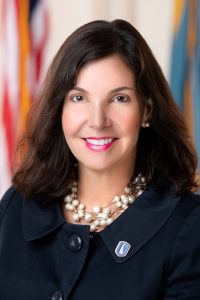 “Thank you to Governor Carney for understanding that having the Department of Justice represent both my office and DHSS in this case was an inherent conflict of interest,” McGuiness said. “Since August, I have had to represent myself and my office in New Castle County Superior Court because the DOJ refused to recognize the subpoena power granted to me in Delaware Code.”

McGuiness and her audit staff have been trying since May to obtain the necessary documents to complete a performance audit of DHSS’ Medicaid eligibility programs for three years. When DHSS refused to comply with the data requests, McGuiness exercised the subpoena power granted to her under Delaware Code Title 29 Chapter 29 Section 2910 to attempt to obtain the records and access her team needs.

McGuiness highlighted the need for outside counsel earlier in the week during the office’s fiscal year 2023 budget hearing before the Joint Finance Committee.

“Delaware Code says specifically that the Auditor ‘shall conduct postaudits of all the financial transactions of all state agencies,’” McGuiness said. “Medicaid spends about $2 billion per year in federal and state tax money – and we want to ensure that DHSS is adequately determining who is eligible to receive those benefits.”

McGuiness pointed out that the annual statewide Single Audit has had repeat findings related to Medicaid eligibility for at least three years. The Single Audit looks at a small sample of Medicaid beneficiaries but is an accurate way to determine if larger, systemic problems could exist.

“Based on the repeated Single Audit findings, as well as other risk-assessment factors, I know that a performance audit of Medicaid eligibility will be beneficial for DHSS,”

McGuiness said. “But instead of complying with my data and access requests, DHSS has chosen to fight over this in court.”

Under Title 29 Chapter 25 Section 2507, state agencies that are represented by the DOJ can request permission to obtain outside counsel from the DOJ and the governor, which is what McGuiness did. The DOJ told McGuiness last month that it would agree with the governor’s office’s decision.

“This is a great day for Delawareans,” McGuiness said. “I fight every day for the state’s taxpayers, and this is an example of a wrong that has been righted. I am grateful to Gov. John Carney and his team for their insight and wisdom in this case.”