WILMINGTON, Del. – Delaware has an astounding need for successful reentry programs and services. Attorney General Matt Denn and Criminal Justice Council Executive Director Christian Kervick are pleased to announce that workshops will be held in early August to explain to non-profit groups how they can apply for grants from $2 million that has been set aside to support community-based efforts to reduce recidivism among adults and juveniles released from Delaware correctional facilities.

The workshops will also be videotaped for interested non-profit groups that cannot attend either workshop, and the videos will be posted on the web sites of both the Delaware Department of Justice and the Delaware Criminal Justice Council.

Grants will be available in amounts up to $150,000, and for periods of up to two years.  The structure of the solicitation is designed to ensure that funds are available both to larger organizations with a history of receiving and spending grant monies, and smaller qualified organizations that may not have an extensive history of receiving grants.

About 97% of the inmate population will be released to the community. Bridging the gap in resources is crucial for the success of the reentry process.  These funds are being made available to improve the lives of all Delaware’s citizens.

More information is available on the Criminal Justice Council’s Open Solicitations page on their website.  Concept papers must be submitted by September 2, 2016.

Please contact Valarie Tickle with any questions about this new funding program. Ms. Tickle may be reached at 302-577-5030.

WILMINGTON, Del. – At a 2016 meeting of the Criminal Justice Council, the membership voted to introduce an annual “Outstanding Criminal Justice Program Award” to one of its programs that merits recognition for providing effective services to address criminal justice issues in their communities. Known for his dedication to serving others, this award has been named in honor of Joseph R. “Beau” Biden III, Delaware’s former Attorney General.

The CJC is seeking nominations from the community, current and recent-past subgrantees. Agencies are invited  to nominate a program(s)  that exemplifies excellence in improving the criminal justice system or provides effective services to those in need in our communities.

The Nomination Form and selection criteria are available on the CJC’s website. http://cjc.delaware.gov/AnnualBeauBidenAward.shtml

Applicants are asked to provide a brief description of their program, how it may work in collaboration with other programs to achieve their goals, the most significant achievement of the program and other facts that will help the award committee in making their determination.

An Award Selection Committee will give particular consideration to those programs that are innovative and demonstrate positive results.

The selected program will be notified in the late Fall of 2016. 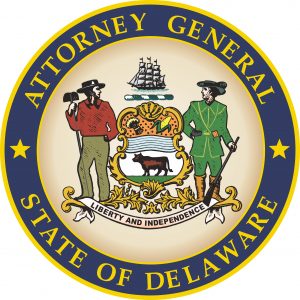 An undercover investigation by the Delaware Child Predator Task Force into the solicitation of a minor for the purpose of engaging in prohibited sex acts, resulted in the arrest of 35-year-old Joshua Rutherford of Camden-Wyoming.

On March 10, 2016, Rutherford arranged to meet the investigator at a park in Dover the next day, according to the task force. On Friday, March 11, 2016, the Delaware Child Predator Task Force, assisted by the Delaware State Police SORT team (Special Operations Response Team) arrested Rutherford. He was charged with one count of Sexual Solicitation of a child under 18 to engage in prohibited Sexual Act, and one count of Attempted Dealing in Child Pornography.

Search warrants were executed at Rutherford’s residence and on the vehicle that he was operating. As a result of the two search warrants, detectives seized a laptop computer, an external hard drive, numerous USB thumb drives and other related evidence. Additional charges will be based upon that examination.

At the time of his arrest, Rutherford was employed as a teacher at Smyrna High School, and members of the Child Predator Task Force ask anyone with information or concerns about Rutherford to call 302-739-2030.

Rutherford was arraigned by Justice of the Peace Court 2 and ordered held at the James T. Vaughn Correctional Center on a $50,000.00 secured bail.

In all cases, defendants are presumed innocent until and unless proven guilty.

Wilmington, Del- The Delaware Criminal Justice Council (CJC) has released a competitive solicitation for the FFY2015 VOCA-Victims Assistance Grant Program. The CJC is soliciting applications for potential funding under the FFY2015 Victims of Crime Act (“VOCA”) Victims Assistance Program. These are grant funds the CJC administers through the United States Department of Justice, Office for Victims of Crime (OVC). The VOCA-VA Program is designed to provide funding to state and local units of government, non-profit organizations that provide direct services to victims of violent crime. This solicitation is specifically seeking new programs to provide direct service to victims of crimes.

The VOCA-Assistance Formula Grant Program is used to support programs that directly serve victims of sexual assault; child abuse; domestic violence; and previously “underserved” victims. Per the federal guidelines, “underserved victims” of either adult or juvenile offenders may include, but are not limited to, victims of teen dating violence; victims of bullying (verbal, physical or cyber), victims of federal crimes; survivors of homicide victims; or victims of assault, robbery, gang violence, hate and bias crimes, intoxicated drivers, bank robbery, economic exploitation and fraud, and elder abuse.

Due to the complexity of the VOCA-Assistance grant requirements, and the increased level of funding that is available for new programs, the CJC staff will be holding a mandatory “Bidder’s Conference.” This will take place on Thursday, February 18, 2016.

To register for the Bidder’s Conference, please go online to the Registration Link: https://goo.gl/rDtzS7

The full solicitation and application package may be found on the CJC’s website:    http://cjc.delaware.gov/RFP.shtml