Wilmington, Del. – Governor John Carney announced on Friday that he will travel throughout Delaware on an Eco Tour to continue to promote outdoor recreational activities that Delawareans and visitors can enjoy into the fall. Governor Carney will be meeting with outdoor experts and small business owners, and engaging with participants during the tour.

*Media planning to attend are asked to RSVP to Jessica Borcky (Jessica.Borcky@delaware.gov) by 3:00 p.m., Monday, September 25.

WHAT: Governor Carney will tour Bombay Hook National Wildlife Refuge, take a Cape Water Taxi lighthouse tour, and meet with members from the Town of Leipsic at Sambo’s Tavern to discuss the first annual Oyster Festival. 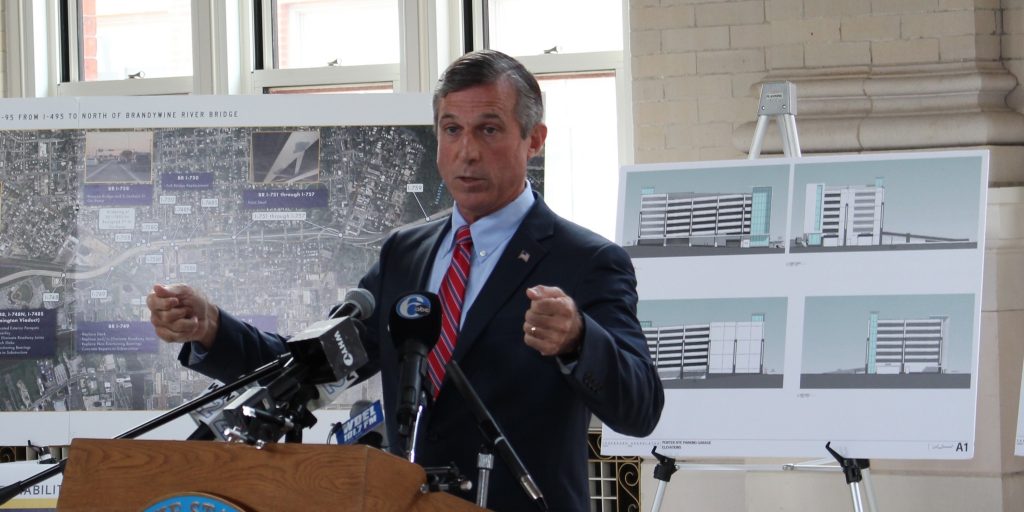 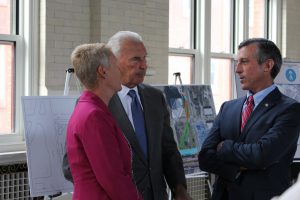 WILMINGTON, Del. – Governor John Carney on Friday announced that John Riley, a former state Director of Business Development, will serve as interim CEO of the Delaware Prosperity Partnership – the newly-established public-private partnership that will lead the state’s economic development efforts.

In the position, Riley will help launch operations, develop a strategic plan for the new nonprofit, and conduct a search for a permanent chief executive.

“John is well-known and respected across our state, and has significant experience in economic development,” said Governor Carney, who will serve as co-chair of the Delaware Prosperity Partnership board. “I’m pleased he has agreed to help us launch the partnership. We are committed to changing the way we do business, fostering innovation, and growing our economy. I’m confident John will help position the partnership to succeed.”

“Establishment of this entity was a critical step to enhance the state’s ability to attract, grow and retain companies; to build a stronger entrepreneurial culture and to support private employers in identifying, recruiting and developing talent,” said Rod Ward, President of CSC and co-chair of the Delaware Prosperity Partnership board. “As Interim CEO, John will work with the board on the recruitment of a permanent CEO and development of a strategic plan for Delaware.”

“Thank you to Governor Carney and the entire board of the partnership for this opportunity,” said John Riley. “Delaware has great assets – a talented workforce, a strategic location along I-95, responsive leadership, and great communities up and down our state. I look forward to doing everything I can to attract investment and additional good-paying jobs to our state, and setting up this new partnership to succeed in helping grow our economy.”

Riley served as Director of Business Development under then-Governor Thomas R. Carper. He retired from Ashland where he was Director of Government Relations and previously served as Director of Public Affairs for Hercules Incorporated. Riley has continued to be active in economic development and assisted Governor Jack Markell’s Administration with Delaware’s strategy in responding to the DuPont-Dow merger.

Members of the Delaware Prosperity Partnership board approved the hiring of Riley at an organizational meeting this week.

Governor Carney, who took office in January, has made it a top priority to restructure Delaware’s economic development efforts, and strategically partnering with the private sector on economic growth was a key recommendation of the Governor’s Action Plan for Delaware. Last month, Governor Carney signed House Bill 226, creating the Delaware Prosperity Partnership and a new division within the Department of State to support small business growth.

The Delaware Prosperity Partnership will be run day-to-day by the chief executive officer and a full-time staff. The nonprofit will lead business marketing efforts for the state, with a focus on attracting early-stage and technology-focused businesses, recruitment of large employers, and expansion of international business opportunities for Delaware companies. Its leaders also will work with employers and Delaware educators to fill key talent gaps in the state. The state will jointly fund the partnership’s operations with private business.

WILMINGTON, Del. – Governor John Carney on Thursday released the following statement on the Graham-Cassidy Health Care legislation in the U.S. Senate, which could cost Delaware more than $2 billion in federal funding reductions by 2026, cuts that would reduce access to quality health care and shift costs onto Delaware families and the state budget:

“This bill would be a disaster for Delaware seniors, Delawareans with disabilities, and children and adults in low-income households who depend on Medicaid as their connection to care. It would force our Medicaid program to limit eligibility, cut benefits or pay a far greater share of the cost for the Delawareans who are covered today. This bill also would eliminate the Affordable Care Act’s federal assistance for individuals and families buying coverage on the Health Insurance Marketplace, raising premiums for most of the 27,000 Delawareans who get their coverage there. This bill is clearly the wrong direction for Delaware and the wrong direction for our country.”

Governor Carney Announces Appointments to Board of the Delaware Prosperity Partnership

WILMINGTON, Del. – Governor John Carney on Thursday announced appointments to the board of the Delaware Prosperity Partnership – the public-private partnership that will lead Delaware’s economic development efforts, and business marketing and recruitment for the state. Board members represent a cross-section of Delaware’s economy – with representatives from Delaware’s financial industry, leading corporations, the nonprofit sector, higher education, and the legal community.

Governor Carney will co-chair the partnership’s board alongside Rod Ward, President of CSC.

“Collectively, this group of leaders from across our state will ensure that Delaware is positioned to create good-paying jobs, to attract talent, and to lead in a 21st century economy,” said Governor Carney. “As co-chair, I will remain closely involved in the direction of the partnership, and Delaware’s economic development efforts. And we will focus on promoting innovation, attracting technology-focused jobs to Delaware, connecting entrepreneurs with available resources, and building a talented workforce. Thank you to Rod Ward for agreeing to co-chair this group, and to all of those who have agreed to serve.”

“We are extremely pleased with the Governors foresight and leadership in establishing a public-private partnership to expand economic development here in Delaware,” said Ward. “Increasing business community involvement and support was one of the major recommendations of the Delaware Business Roundtable’s Delaware Growth Agenda. The board appointed by the Governor for the Delaware Prosperity Partnership is ready to roll up their sleeves and work to attract new business and entrepreneurs into our state.”

Governor Carney, who took office in January, has made it a top priority to restructure Delaware’s economic development efforts, and strategically partnering with the private sector on economic growth was a key recommendation of the Governor’s Action Plan for Delaware. Last month, Governor Carney signed House Bill 226, creating the Delaware Prosperity Partnership and a new division within the Department of State to support small business growth.

The Delaware Prosperity Partnership – which will be run day-to-day by a chief executive officer and a full-time staff – will lead business marketing efforts for the state, with a focus on attracting early-stage and technology-focused businesses, recruitment of large employers, and expansion of international business opportunities for Delaware companies. Its leaders also will work with employers and Delaware educators to fill key talent gaps in the state. The state will jointly fund the partnership’s operations with private business.

Partnership board members include:

Delaware Will Compete for Amazon Headquarters