Wilmington, DE – Governor Markell today announced the nomination of Natalie J. Haskins, a native Delawarean and talented and dedicated public servant, to serve as a judge of the Family Court. If confirmed by the Senate, Haskins would fill the vacancy that was created as a result of the death of the Honorable Alan Cooper. 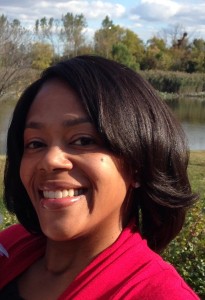 In her current position as an Assistant Public Defender representing juveniles in criminal litigation, and in her previous roles as a Deputy Attorney General in the Department of Justice’s Criminal and Family Divisions and in the Office of the Child Advocate, Haskins gained a thorough understanding and appreciation of the Family Court system and a passion for public service. Haskins began her legal career as an Associate at the Wilmington law firm Morris, Nichols, Arsht & Tunnell LLP, where she handled civil litigation matters.

“Natalie’s experience in the various parts of the Family Court system, intellect, work ethic and passion for public service will make her an excellent addition to the Family Court,” said Governor Markell. “If confirmed by the Senate, I am confident Natalie will be able to hit the ground running and continue her hard work on behalf of children and families in Delaware.”

Haskins, a native Delawarean, is a graduate of Newark High School and the University of Delaware. She received her law degree from American University. She currently resides in Wilmington with her husband and three children.

“I am honored to have been selected by Governor Markell to join the Family Court,” said Haskins. “If I am confirmed by the Senate, I look forward to continuing to serve the people of Delaware in my new role as a Judge of the Family Court.”

The Senate is scheduled to consider this nomination, along with the nomination of Carla Benson-Green as Secretary of the Department of Services for Children, Youth and Their Families during a special session on Monday, November 30.

Carla Benson-Green has worked for the department since its inception

Wilmington, DE – Governor Jack Markell announced today he is nominating Carla Benson-Green to become the next Secretary of the Delaware Department of Services for Children, Youth and Their Families (DSCYF). Markell will submit his nomination to the State Senate for consideration during a special session on November 30. If confirmed, Benson-Green will succeed Jennifer Ranji, who was confirmed by the Senate during a special session on October 28, and will be sworn in as a judge on the Delaware Family Court later this month.

“Carla has spent her entire career serving the children and families of our state,” said Governor Markell. “She has been with the Department since its inception in 1982, taking on increasingly demanding roles and gaining valuable skills and experience in all of the areas in which DSCYF supports Delaware families. With her leadership, we will build upon Delaware’s progress in caring for our most vulnerable children.”

Benson-Green, whose career in child welfare spans over three decades, has served as regional administrator in the Division of Family Services (DFS) since 2001. Beginning as a front-line investigation worker in DFS, she has held several leadership positions within DSCYF, including supervising the Office of Child Care Licensing and overseeing caseworkers focused on investigation, treatment and adoption services.

“I am deeply humbled and honored to be nominated by Governor Markell to lead the Department of Services for Children, Youth and their Families,” said Benson-Green. “Having worked for the Department for 33 years, I know the important role the Department serves and the incredible commitment of the individuals who work there. If confirmed by the Senate, I look forward to building upon the strong foundation that has been laid to rehabilitate, treat, and protect Delaware’s children.”

In addition to her work with the Department, Benson-Green is active in her community, serving on the Harrington Senior Center Board of Directors and as co-administrator of the John Wesley Community Center.

Her commitment to serving others has been noted publicly. In 2008, she was the recipient of the Governor’s Team Excellence award for her role on the Court Improvement Project, and in 2013, she was recognized as the Iota Psi Chapter Omega Psi Phi Community Religious Leader of the Year.

Benson-Green graduated with honors from Morgan State University with a Bachelor of Science in Mental Health. She currently resides in Dover with her husband Ernest and two children, Nikia and Jalen.