On Thursday, January 15, 2015, members of the Child Predator Task Force conducted a search warrant at 316 Main Street in Little Creek. The address is the home of Edward Angwin. The warrant allowed for a search of all computers and digital media at the home.

A forensic exam of Angwin’s computers turned up images of child pornography as defined by Delaware law.

Angwin was arrested and charged with 10 counts of dealing in child pornography, and committed to the James T. Vaughn Correctional Center in lieu of $200,000 secured bond. 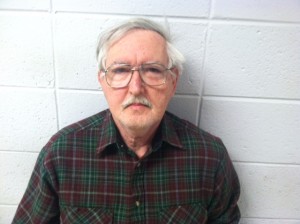 WILMINGTON – Christopher Wheeler, 54, was found guilty on Monday by a Delaware Superior Court judge of 25 counts of dealing in child pornography. The conviction was the result of an investigation by the Delaware Child Predator Task Force, which Delaware Attorney General Beau Biden established in 2007.

Each count of dealing in child pornography carries a 2-year minimum mandatory sentence, meaning that Wheeler faces a minimum of 50 years in jail when he is sentenced in March by Superior Court Judge Eric M. Davis.

Since its start in 2007, the Child Predator Task Force has been responsible for more than 200 convictions and the rescue of more than 120 children from abusive situations. 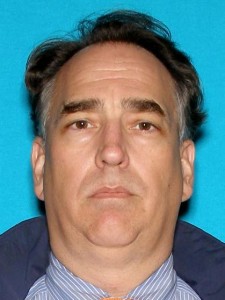 Predator Sentenced To More Than Two Decades In Prison

New Jersey man charged with travelling to Delaware to meet potential victim;
Newark man arrested and charged with distribution of child pornography
DOVER – Investigations by the Delaware Child Predator Task Force resulted in the arrests of two men in separate incidents last week – including one in which a New Jersey man traveled to Delaware for the purpose of meeting an underage victim – Delaware Attorney General Beau Biden announced Wednesday.
On Friday, Nov. 7, an undercover online investigation by the Child Predator Task Force resulted in the arrest of a New Jersey man in the parking lot of the Quality Inn & Suites Skyways on N. DuPont Highway in New Castle. The online investigation involved monitoring chatrooms and communications between the man and an undercover investigator. In the course of the electronic communications, the subject arranged to meet the undercover investigator at the motel for the purposes of having sex with a 14-year-old boy. When the man arrived at the hotel, Delaware State Troopers arrested him without incident. Arrested was Michael T. Motto, 22, of 33 Aldridge Way in Sewell, NJ. He was charged with one count of attempted solicitation of a child, one count of attempted sexual exploitation of a child and 25 counts of dealing in child pornography (a search warrant executed following Motto’s arrest at the Quality Inn & Suites found images of child pornography on an electronic device in Motto’s possession). He is being held in lieu of $1.62 million cash bail at the James T. Vaughn Correctional Center.  The Task Force’s investigation into Motto is continuing. Anyone who has information about him should call the Task Force at 302-739-2030.
On Wednesday, Nov. 5, an investigation in the distribution of child pornography over the Internet led the Child Predator Task Force to a residence at 51 Cheswold Blvd., Apartment 3D, in Newark. The Task Force executed a search warrant that found 10 videos of child pornography on an electronic device in the residence. The Task Force arrested the occupier of the residence, Purvest L. Allen, 39. Allen was arraigned via videophone at Justice of the Peace Court 2 and ordered held at James T. Vaughn Correctional Center on $200,000 secured bond. 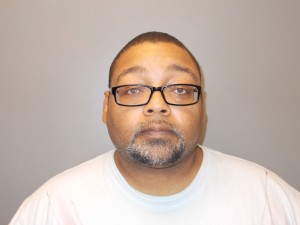 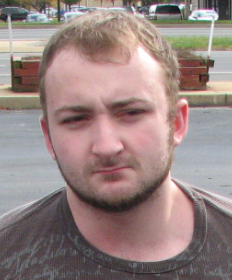 Washington, D.C. – Delaware Attorney General Beau Biden and his colleagues in 43 U.S. states and territories voiced support today for a Congressional proposal that would provide financial support for victims of child pornography. The Attorneys General sent a letter today to the leadership of the Senate Judiciary Committee and a House Judiciary Subcommittee calling on federal lawmakers to vote this year on the Amy and Vicky Child Pornography Victim Restitution Improvement Act of 2014 (S. 2301/H.R. 4981).

The legislation would allow full restitution to victims of child pornography to pay for needed resources including therapy, medical care, lost wages and other services. In April 2014, the decision made by the U.S. Supreme Court in Paroline v. United States affirmed that victims of child pornography should receive restitution, but defendants are only liable for their actions, not the conduct of others.

“Victims of child pornography are constantly reminded of the abuse of their past, and there is no way to erase the photographs from the Internet or prevent them from being shared by others,” Biden and his colleagues wrote in their letter. This legislation “provides victims with meaningful restitution from multiple defendants who produce, distribute or possess images of child pornography, including those who have not been identified.”

“Providing timely and meaningful restitution will ensure that the growing number of victims can begin to rebuild their lives by fully recovering the financial losses caused by child pornography,” the Attorneys General wrote.

In 2007, Biden established the Delaware Child Predator Task Force and worked with legislators to establish tough minimum mandatory sentences for those who deal in child pornography. Since then, the Task Force’s work has led to the conviction of more than 200 predators and the rescue of more than 100 children from abusive situations.

“Nothing is more important than protecting our kids,” Biden said. “The Child Predator Task Force puts prosecutors and police side by side to track down the worst of society and stop them from hurting any more children.”

The letter can be found HERE.