The Department of Correction announced today that George Reha, age 55, an inmate at Sussex Correctional Institution, died in the SCI Infirmary on Saturday, November 8, 2014 of natural causes following a lengthy illness. Reha, of Bridgeville, DE was serving a 10-month sentence for a Violation of Probation and DUI 4th offense. His sentence effective date was February 21, 2014.

Reha’s body has been turned over to the State Division of Forensic Science, as is standard procedure.

Walkaway offender back in custody

The Delaware Department of Correction announces that offender Alexis Martinez, who failed to return from an authorized work pass to Morris Community Corrections Center on October 28, 2014, is back in custody. Last evening, November 6, a Dover Police officer on patrol identified Martinez on the corner of North Governors and Division Streets in Dover. Martinez attempted to flee as the officer approached him to make an arrest on the Escape Warrant, but he was taken into custody. Martinez was charged with resisting arrest, made an initial appearance in JP Court 7, and was transported to the James T. Vaughn Correctional Center.

The Delaware Department of Correction announces the following offender failed to return today from an authorized work pass issued by Morris Community Corrections Center in Dover. 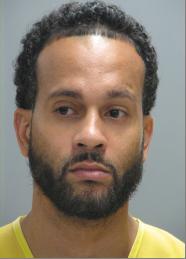 The Delaware Department of Correction announced today that Curtis McAllister, age 57, an inmate at the James T. Vaughn Correctional Center died at Kent General Hospital on Sunday, November 2, 2014 of natural causes following a lengthy illness. McAllister, of Edgemoor, DE, was serving a life sentence for drug trafficking and other offenses. His sentence effective date was April 28, 2000.

McAllister’s body has been turned over to the State Division of Forensic Science, as is standard procedure.

Coupe sworn in as Commissioner of Department of Correction 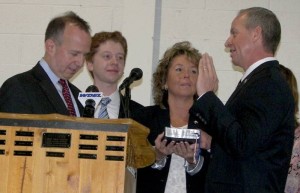 Robert M. Coupe was today sworn in by Delaware Governor Jack Markell as Commissioner of the Delaware Department of Correction (DOC) during a ceremony held at the DOC Administration Building in Dover. Coupe was joined by his family and was surrounded by friends, former colleagues and special guests.

After taking the oath of office alongside his wife, Pamela, and their children, Jocelyn and Tyler, Coupe expressed his thoughts on assuming leadership responsibilities for the second-largest Executive branch agency in Delaware and, with more than 2,500 employees, the largest law enforcement agency in the State.

Coupe also took the opportunity to unveil an overview of his leadership plan for the DOC. He shared five areas of concentration:

1. To create a climate of trust through open and honest communication, both within the Department and externally.

2. To prepare for and anticipate change, and not be surprised by it.

3. To have a succession plan that includes developing future leaders for their opportunity to lead.

4. To have transparency in the decision making process.

5. To create a culture of accountability and generate unity throughout the Department. 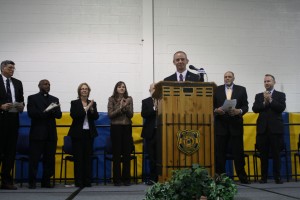 Correction while enhancing the public’s confidence in the Department,” said Coupe.

Governor Markell, during his comments before the swearing in, highlighted Coupe’s past success heading the Delaware State Police and commended his ability as a leader.

“He is truly an extraordinary leader,” Governor Markell said of Coupe. “He is open, transparent, forward-thinking and has a sense of urgency.”

As Commissioner of the Department of Correction (DOC), Coupe will work with the bureaus of Management Services, Correctional Healthcare Services, Prisons, and Community Corrections, to supervise approximately 6,500 individuals incarcerated in prison, more than 1,000 offenders serving a sentence within a community corrections facility, and approximately 17,000 probationers living in the community.

A video from the ceremony is available on YouTube.