“This is a positive first step, and we’re optimistic that PJM has presented alternative financing for the Artificial Island project that would not unjustly burden electric ratepayers on Delmarva. We’re hopeful that the Federal Energy Regulatory Commission will seriously consider these newly-proposed alternatives. And we will continue to work closely – alongside Delaware’s Public Advocate, the Public Service Commission, and Delaware’s federal delegation – on this issue,” said Governor Carney. “As we have said all along, Delawareans and Delaware businesses should not be forced to finance this project through higher monthly electric bills, while receiving little in the way of a direct benefit. We’re thankful to the PJM Board for their thoughtful consideration of this issue.”

“It is encouraging that PJM listened to the concerns of the citizens of Maryland and Delaware and developed alternative cost allocation methods that are much more equitable to Delmarva residents and businesses,” said Governor Hogan. “This is a significant step in the right direction, however we will continue to push for FERC to adopt this new plan in a timely manner so the project can move forward in a way that treats Maryland ratepayers fairly.”

“Gary is one of Delaware’s sharpest legal minds, and has a diverse legal background that will serve him well as a Justice on Delaware’s highest court. His judgment and thoughtfulness will be a significant asset on the Supreme Court. Thank you to the Delaware Senate for confirming his nomination.” 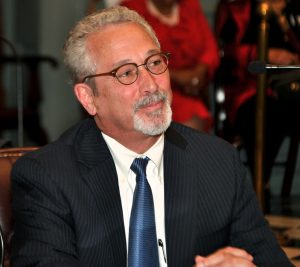 From 1990 to 2000, he engaged in a general litigation practice that included criminal defense, personal injury litigation and domestic relations disputes. From 2000 to 2014, his practice focused on litigation involving complex corporate and commercial matters.

Since January 2015, Traynor has served as an Assistant Public Defender, representing indigent Delawareans accused of felony-level crimes. He holds an undergraduate degree from Dartmouth College and earned his law degree at the Delaware Law School at Widener University. 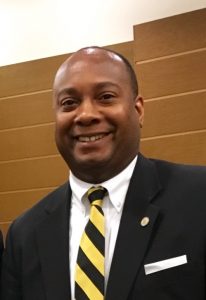 Craig R. Fitzgerald, a Deputy Attorney General at the Delaware Department of Justice since 1998, to serve as a Family Court Commissioner in New Castle County.

The Delaware Senate must confirm the Governor’s nomination.

“Craig has the background, experience, and independence necessary to thoughtfully consider cases as a Family Court Commissioner,” said Governor Carney. “I look forward to the Delaware Senate considering his nomination.”

Since October 2008, Fitzgerald has served as a supervisor in the Department of Justice’s Child Protection Unit, responsible for ten Deputy Attorneys General and four staff members who comprise the unit.

He also has served as counsel for the Division of Child Support Enforcement and the Division of Family Services, representing the state in child dependency and child neglect proceedings.

Plan includes appointment of Special Assistant to lead turnaround, and $2 million investment in cameras at JTVCC

DOVER, Del. – Governor John Carney on Tuesday released his plan to act on the recommendations of the initial report of the Independent Review into the causes of the February 1 incident at James T. Vaughn Correctional Center.

“We should all take this Independent Review seriously,” said Governor Carney. “It’s time to focus on addressing the difficult problems facing our prisons. We cannot let this report collect dust on a shelf. Our plan would take appropriate action to address the review team’s recommendations, and to help enhance safety and security for correctional officers and inmates at James T. Vaughn Correctional Center and across Delaware’s correctional system.”

The Governor’s Plan will:

“We are committed to addressing the issues facing our correctional system,” said Perry Phelps, Commissioner of the Delaware Department of Correction. “This plan will help us address the safety and security of our facilities, more effectively recruit and retain correctional officers, and invest in new equipment and technology that will help us operate more safely and efficiently.”

“We know the challenges we face in our prisons and now we have a blueprint for solving them,” said Senator Bruce Ennis, chair of the Senate Corrections & Public Safety Committee. “Now it’s up to the General Assembly to show the political courage to get this done for the brave men and women who put so much on the line to keep our prisons safe and orderly.”

“We need to address these longstanding issues at Delaware’s correctional facilities to better help our dedicated correctional officers and provide them with sustainable quality of life changes. The governor’s plan is multi-faceted and I am optimistic it will help us get to the root cause of these systemic issues. I am also encouraged to see that there is a priority to recruit a Bureau Chief of Community Correction with an expertise in managing re-entry programs,” said Representative James Johnson, chair of the House Corrections Committee. “We need to ensure that history does not repeat itself and we are bolstering our correctional system so the facilities are safe, secure and have the interests of both the inmates and staff in mind.”

“I thank the Governor for ordering this independent review, as well as Commissioner Phelps for taking the necessary steps to lead the Department of Correction. We are taking steps to address these issues in great part thanks to the work of Correctional Officers Association of Delaware members for being responsible and never wavering in advocating for correctional officers,” said Representative Larry Mitchell, vice-chair of the House Corrections Committee. “As vice-chair of Corrections we are going to do what we can to implement the recommendations.”

“I see this initiative as a series of positive strides forward, but this should only be the start of the journey,” said State House Minority Leader Danny Short. “State leaders need to commit to continue reviewing and improving the conditions in our prison system.”

“We have a duty to provide a secure environment inside the correctional system, both for the sake of our dedicated staff and for inmates they supervise,” said State House Minority Whip Deborah Hudson. “The actions announced by the governor constitute a down payment on satisfying that obligation.”

“For me, one of the most disturbing parts of the initial Independent Review were the observations made by the review team about the level of burnout among JTVCC staff, due in large part from the ‘excessive overtime that is being worked.’ I support the Governor’s plan of action and I am especially happy to see the priority that is being placed on the need to increase correctional officers’ base pay, provide additional training, and reduce the use of mandatory overtime,” said Representative Kevin Hensley, who represents the area in which the JTVCC facility is located.

WILMINGTON, Del. – Governor John Carney announced on Monday that Delaware has joined the U.S. Climate Alliance, a coalition of states committed to upholding the Paris Agreement to combat climate change, after President Trump announced last week that he would withdraw the U.S. from the agreement. The Climate Alliance now includes 13 members.

“Delaware is the country’s lowest-lying state and with 381 miles of coastline, climate change is a very real threat to our future,” said Governor Carney. “As sea levels rise, more than 17,000 Delaware homes, nearly 500 miles of roadway and thousands of acres of wildlife habitat including our critical wetlands are at risk of permanent inundation. Rising average temperatures and an increase in extreme weather events also pose health risks to Delawareans, and threaten our economy. The U.S. should lead in the global fight against climate change. Delaware is proud to join this coalition of states providing that necessary leadership.”

The Paris Agreement called for the U.S. to achieve a 26-28 percent reduction of emissions, from 2005 levels, by 2025. Delaware’s continued commitment to reducing greenhouse gas emissions and transitioning to clean energy also will provide economic opportunity for Delawareans, and offer significant public health and environmental benefits.

Delaware’s greenhouse gases come from three primary sources: energy production, transportation, and industry. The state is working to reduce emissions in a number of ways, including through continued participation in the Regional Greenhouse Gas Initiative (RGGI), a nine-state program to reduce greenhouse gas emissions from power plants. Delaware also has set renewable energy targets and increased energy efficiency with building codes, weatherization and other voluntary programs.

“Reducing greenhouse gas emissions requires action at all levels – from people using less energy and driving fuel efficient cars, to the government establishing national pollutant standards,” said Shawn Garvin, Secretary of the Delaware Department of Natural Resources and Environmental Control. “We are proud of the progress the state has made and programs that help Delawareans drive cleaner cars and improve energy efficiency in homes and businesses. There is still much work to be done to reduce Delaware’s share of global greenhouse gas emissions, and I look forward to working with our sister states through the US Climate Alliance to meet Delaware’s pledge for the Paris Agreement.”

In the transportation sector, the state has incentivized the transition to cleaner fuels and electric vehicles, and now has a statewide network of charging stations.

“As we look to the future, it is imperative that we improve transportation resiliency to adapt to the effects of a changing climate. Incorporating the impact of climate change into our project planning and development, and adding more alternative fuel vehicles to our public transportation fleet each year are just two examples of how DelDOT is responding, and we thank Governor Carney for his leadership and commitment to this effort,” said Jennifer Cohan, Secretary of Transportation.