Many Will Have to Look For Alternative Health Insurance Coverage

DOVER – Delaware Insurance Commissioner Karen Weldin Stewart expressed concern for soon to retire “Baby Boomers” (those born between 1946 and 1964), many of whom will face the uncertain prospect of finding alternative health insurance coverage until they reach the age of 65 when they are eligible for Medicare. The Commissioner said, “While for some in this age group, a lifetime of working means a good pension and benefits after concluding their careers. However because more and more companies are converting retirement benefits, too many in the ‘boomer generation’ are left in the precarious position of finding alternative health insurance coverage.” The Commissioner continued, “For those considering early retirement or need to consider retirement health insurance options, we at the Delaware Department of Insurance offer these options for where to look and what to consider in your decision.

Coverages – Make sure that you understand the terms and coverages of the policy. The lowest premium option may not provide the coverages you need for your health status.

Commissioner Stewart concluded, “I urge Delawareans to contact us with their concerns and problems. By doing so, we are not only able to provide assistance where our authority allows us to, but also to gather information in order to see if new legislation needs to be enacted, regulations and bulletins need to be written and/or policies need to be changed.” 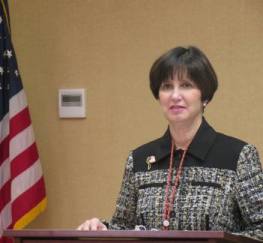 Dover, DE – Insurance Commissioner Karen Weldin Stewart has approved the proposed affiliation of Blue Cross Blue Shield of Delaware with Highmark, Inc., of Pennsylvania. Commissioner Stewart imposed 49 Conditions on the transaction, which added many protections not included when the application was first filed with her Department in October, 2010. Many of the conditions were included in the findings and recommendation to Commissioner Stewart by Judge Battle R. Robinson, who acted as Hearing Officer. In November, Judge Robinson announced her findings, recommending that Stewart approve the transaction.

Under the arrangement as approved, Blue Cross Blue Shield of Delaware will remain a separate, Delaware based, non-profit health service corporation, with its corporate office and most of its Delaware functions and character to be maintained. Under the arrangement, Blue Cross Blue Shield of Delaware will share in the financial strength and administrative functions of the much larger Highmark. The Conditions that accompanied the approval meet a variety of concerns that became evident in the fourteen (14) month process of analysis and public hearings that preceded today’s decision.

Commissioner Stewart stated: “With these protections, I find that the affiliation should go forward and I hereby approved the application early this morning. I am confident that this affiliation will prove to be in the best interests of Blue Cross Blue Shield of Delaware and its subscribers.”

At today’s press conference in connection with the announcement of her decision, Commissioner Stewart elaborated on her concerns for the Delaware Company and its subscribers, and for other citizens of Delaware, as the health care insurance markets change in the future: “I have watched with great concern as Blue Cross Blue Shield of Delaware and other small health insurers have struggled to compete with large national insurers who have billions of dollars of capital and resources. These small companies have limited ability to make the changes required by today’s health care reform.” Stewart agreed with the Delaware Company that it will benefit from the following advantages of the affiliation: expanded research and development of new products, prompt payment of claims, enhanced technology interface, regulatory compliance improvements, and immediate access to professional expertise.

Commissioner Stewart stated, “I am also very concerned for the many people who do not have health insurance, and the difficulties that this tragedy imposes on them, and on the entire health delivery system. As part of my approval, I have imposed certain conditions to help with this concern.”

With the conditions, Commissioner Stewart addressed the following:

To obtain a copy of Commissioner Stewart’s Decision and Final Order and a copy of her press conference statement*, visit the Delaware Department of Insurance’s website at http://www.delawareinsurance.gov/.