Highlights of the 2017 legislative session include:

Governor Carney signed the budget in his Legislative Hall office flanked by a bipartisan group of lawmakers. He also signed a $590 million capital spending plan and a $37.2 million grant-in-aid bill.

“Since January, I have talked to thousands of Delawareans who understand the need for a balanced, long-term budget plan for our state,” said Governor Carney. “The budget I signed tonight makes critical investments in education, healthcare, our environment, and in our correctional system. But going forward, we cannot be complacent. We must do more to put Delaware on a sustainable path forward. With this budget, we are committing to studying real spending reforms, and to improving the way we deliver state services. We also should continue discussing new, creative ways to fund those services through a long-term revenue plan. Thank you to the General Assembly for their work on this budget, and I look forward to continuing our work together.”

The budget funds a number of key priorities, including:

Savings and other reductions include:

“Together with lawmakers of both parties, we have acted to create good-paying jobs, and to make sure our economy works for all Delawareans. We have taken steps to reform our prison system and confront our addiction crisis head on,” said Governor Carney. “We’ve also passed common sense reforms to protect Delawareans from cybersecurity threats, and to close a persistent gender pay gap. Votes taken this session will make a real difference for citizens up and down our great state. Thank you to members of the General Assembly for their hard work and partnership on these important issues.”

Budget Reset Community Conversations: Governor Carney met with thousands of Delawareans from Claymont to Delmar about Delaware’s budget challenges. Hosted by members of the General Assembly, the Governor held ten budget town halls before his budget presentation on March 23, and another ten town halls after presenting his budget plan.

Managing Healthcare Costs: House Joint Resolution 7 authorizes DHSS Secretary Dr. Kara Odom Walker to establish a health care budget benchmark with a growth rate tied to the overall economy of the state. It is the first step in evaluating the total cost of care of health care in the state and a major step in transforming Delaware’s health care system to a more outcome-driven system and away from a system that pays for care based solely on the number of room days, visits, procedures and tests.

DEFAC Panel on Budgeting Practices: House Joint Resolution 8 creates a panel of the Delaware Economic and Financial Advisory Council to study and develop a report on Delaware’s historic budgeting practices, the need for reasonable restrictions on the use of budget surpluses, and the benefits of a budget stabilization fund.

Making Government More Efficient: Governor Carney signed Executive Order #4, creating the Government Efficiency and Accountability Review Board (GEAR) and committing to a long-term effort to study cost savings, efficiencies and ways to improve the delivery of services across state government. Governor Carney maintained a commitment to responsible spending in his budget and throughout the year, calling for an equal mix of spending reductions and new revenue to confront Delaware’s budget challenges.

Expanding Broadband Access: House Bill 189 will accelerate investments in mobile broadband infrastructure, expanding access to high-speed internet for Delawareans and businesses across the state and encouraging innovation. Expanding broadband access was a recommendation of Governor Carney’s Action Plan For Delaware.

REFORMING THE DEPARTMENT OF CORRECTION

Special Assistant: Governor Carney appointed Claire DeMatteis – a former senior counsel to then-U.S. Senator Joe Biden – as a temporary Special Assistant to the Governor at the Delaware Department of Correction. DeMatteis will focus her efforts on reform of management practices and training, cultural turnaround, and implementation of Governor Carney’s plan following the Independent Review into the causes of the February 1 incident at James T. Vaughn Correctional Center.

Improving Re-Entry Programs, Reducing Recidivism: Department of Correction Commissioner Perry Phelps hired Jim Elder – the Director of Clinical Services for Re-entry Programming at the Wilmington HOPE Commission – to lead DOC’s efforts to help offenders successfully re-enter their communities, and reduce Delaware’s rate of recidivism. The selection of Elder will place a new emphasis inside the agency on re-entry programming and efforts to reduce recidivism.

Behavioral Health Consortium: Senate Bill 111 and House Bill 220 will further combat Delaware’s addiction epidemic and improve services for those suffering from mental illness. The legislation will lead to the creation of a Behavioral Health Consortium and an Addiction Action Committee that will form an integrated plan and blueprint for action for the prevention, treatment, and recovery for mental health, substance use and co-occurring disorders in Delaware. The creation of the consortium and coordinated plan was a recommendation of Governor Carney’s Action Plan For Delaware.

STANDING UP FOR DELAWAREANS

Confronting the Gender Pay Gap: House Bill 1 will prevent employers from requesting the salary history of job applicants and will help close the pay gap between men and women. The bipartisan legislation – which takes effect in December – also explicitly prohibits employers from screening applicants based on previous compensation history.

Protecting Delawareans from Cybersecurity Threats: House Bill 180 requires additional protections for Delawareans whose personal information may be compromised in a computer breach, including additional notifications and free credit monitoring services.

Redeveloping Blighted Properties: House Bill 187 and House Bill 188 hold property owners of blighted properties accountable, requiring them to clean up their properties and pay back taxes before bidding on additional properties, and ensuring that taxpayers do not bear costs created by abandonment.

For details on all of the legislation that Governor Carney has signed into law to date, visit the Legislative Advisories page on the Governor’s website.

“Delaware’s economy remains in a period of significant transition, and we should ensure our schools are teaching the skills that employers demand,” said Governor Carney. “That means connecting Delaware’s educators with our employers, allowing our students to gain practical, work-based experience and retooling our workforce development programs to help students and employers succeed. Work-based learning opportunities like Culinary & Hospitality Management, Engineering, and Allied Health –just a few of the pathways offered at Appoquinimink High School – will help us prepare Delaware’s students to succeed in jobs of the future.”

Delaware launched its Pathways to Prosperity initiative in 2015 to establish partnerships between Delaware employers and educators, and better prepare Delaware’s students for college or a career. In March, the Delaware Pathways Steering Committee presented its Strategic Plan to Governor Carney to expand work-based education. 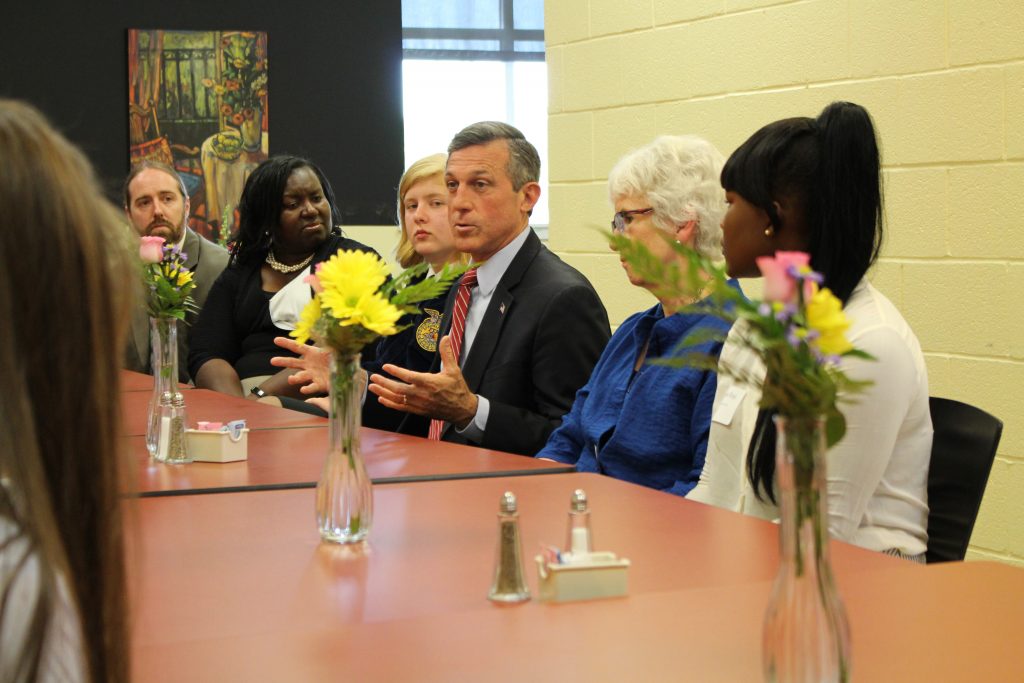 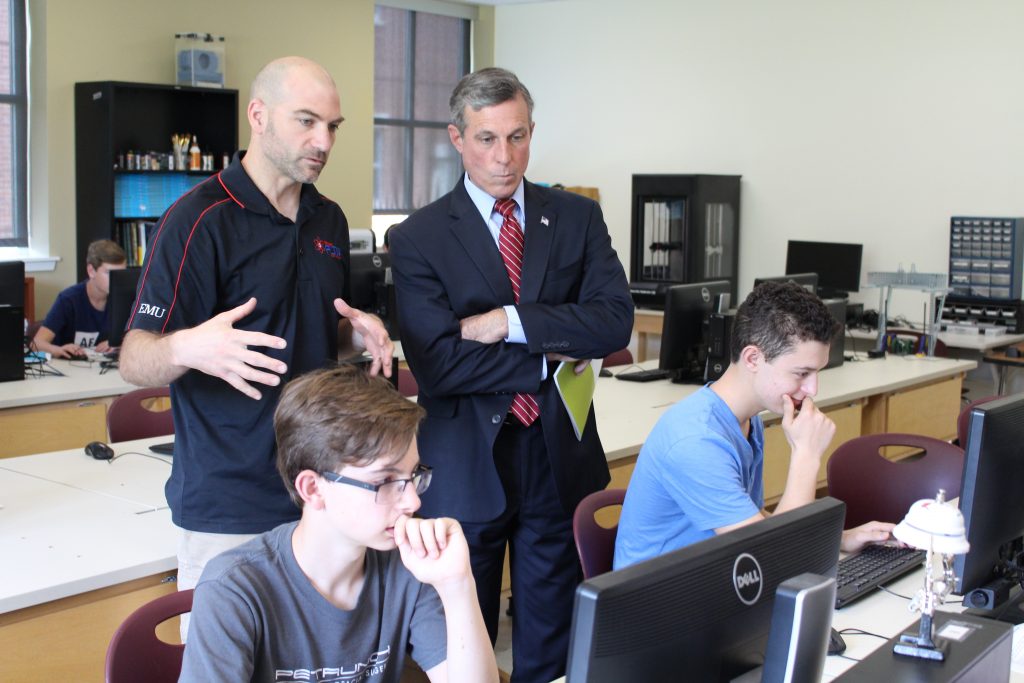 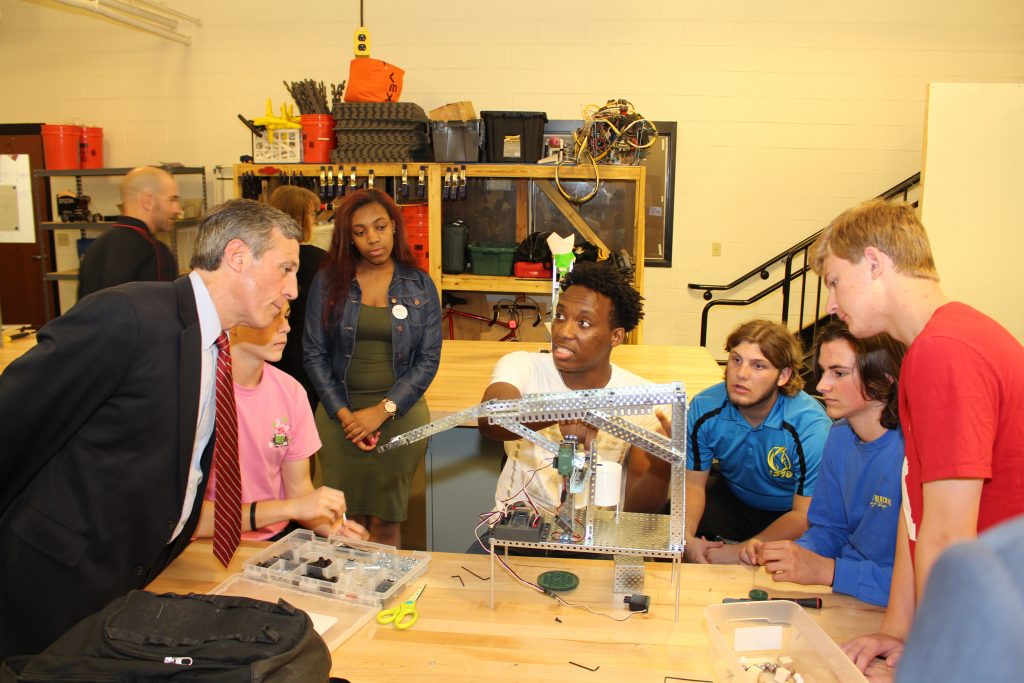 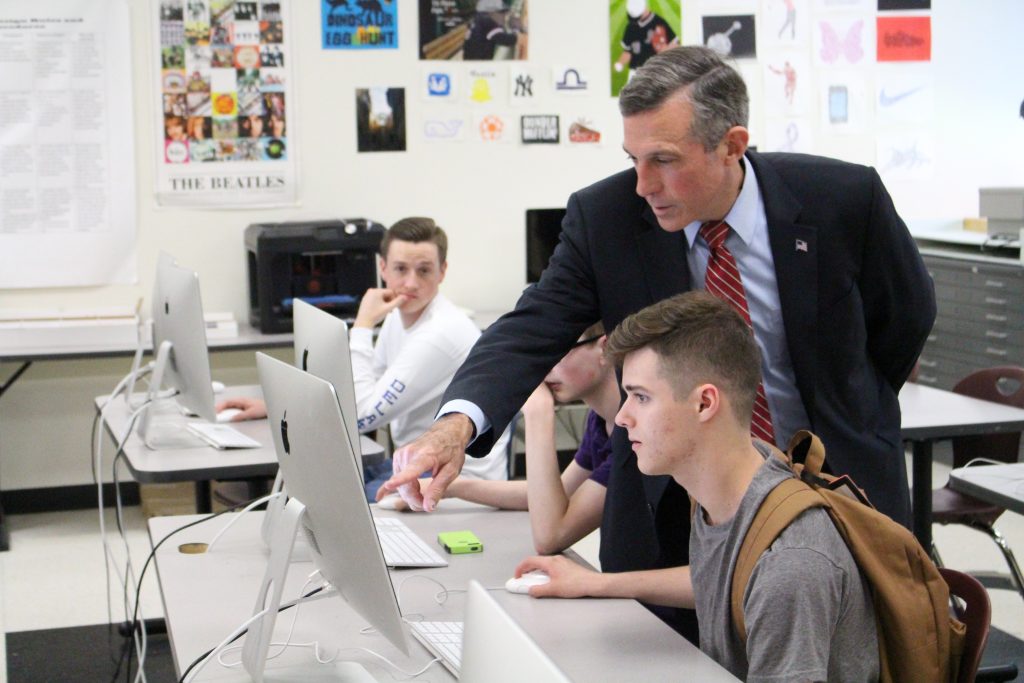 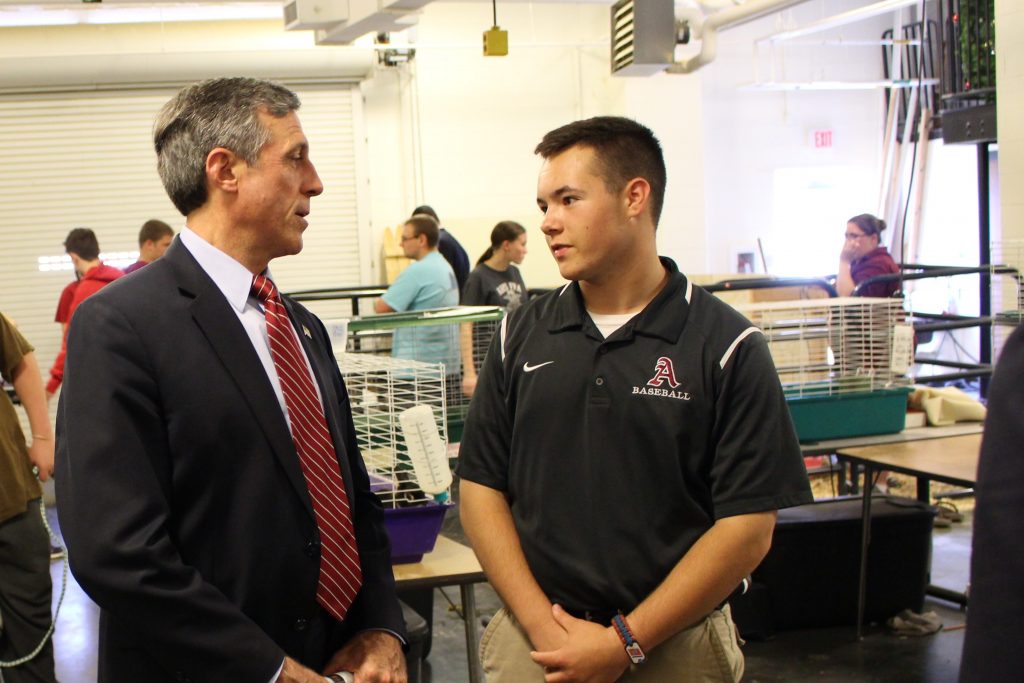 Governor Carney is committed to expanding work-based learning opportunities for Delaware students, and is reviewing the Committee’s plan.

“Delaware’s economy remains in a period of significant transition, and we should ensure our schools are teaching the skills that employers demand,” said Governor Carney. “That means connecting Delaware’s educators with our employers, allowing our students to gain practical, work-based experience and retooling our workforce development programs to help students and employers succeed. Thank you to the members of the Steering Committee for producing this Strategic Plan, which will help us prepare Delaware’s students to succeed in jobs of the future.”

Governor Carney will speak at 1:45 p.m. Wednesday to the Third Annual Delaware Pathways Conference at the Chase Center on the Riverfront in Wilmington.

Delaware launched its Pathways to Prosperity initiative in 2015 to establish partnerships between Delaware employers and educators, and better prepare Delaware’s students for college or a career. Governor Jack Markell signed Executive Order 61 last year, creating the Steering Committee to expand the Pathways program.

“The Steering Committee is proud of the report and very pleased that these recommendations will add a level of continuity to the great work already being done in our state to provide middle and high school students career awareness and work-based learning experiences,” said Mark Brainard, President of Delaware Technical Community College, who Chairs the Steering Committee. “Governor Carney’s support of Pathways demonstrates his commitment to building Delaware’s talent pipeline for the future by engaging all of our high school students in comprehensive college and career readiness programs.”

“As the Chair of the Workforce Development Board for Delaware and President of one of the largest businesses in the State, I see the Pathways effort as a critical transformation of how we approach workforce development in the future, and the Strategic Plan represents a significant collaboration across all stakeholders that clearly defines the steps to success,” said Gary Stockbridge, President, Delmarva Power Region for Pepco Holdings, Inc. “I look forward to helping execute this plan and creating a workforce that keeps Delaware competitive and the place to thrive for the business community.”