Wilmington, DE – Governor Markell announced today that the state will name the New Castle County Courthouse after the late Leonard Williams, the state’s second African-American judge. The building’s new signage will be unveiled next year.

“Judge Williams played a significant role in the civil rights movement in Delaware, from excelling as one of the first black students at the University of Delaware to fighting for justice in his partnership with Louis Redding and helping pave the way for future African-American attorneys and judges,” said Governor Markell. “With this naming, the state will fulfill commitments that call for using the New Castle County Courthouse to pay tribute to his achievements.”

In 1997, Wilmington City Council enacted an ordinance directing that land owned by the City at 4th and Walnut Streets include a deed restriction requiring any courthouse built there be named after Judge Williams. Mayor James H. Sills, Jr. imposed that deed restriction in 1998, and the property was sold later that year to the State to serve as the location of the New Castle County Courthouse. Since that time, language in the State’s Bond and Capital Improvements Act has vested discretion for the naming of the courthouse in the Director of the Office of Management and Budget or his or her predecessors.

Today’s announcement reflects the Governor’s belief that the state must honor the deed restrictions that existed when the state purchased the property.

After becoming the fifth African-American admitted to the Delaware bar in 1959, Williams was a longtime law partner of Louis L. Redding, Delaware’s first black lawyer who famously and successfully argued a case that became part of the U.S. Supreme Court’s Brown v. Board of Education decision outlawing segregation. Redding chose Williams to help him continue to pursue civil rights cases, including in the Supreme Court.

Williams would become an assistant city solicitor in Wilmington, and then chief prosecuting attorney for Municipal Court until 1966, when he was appointed to the bench. He served in that role for 32 years before Municipal Court was merged with the Court of Common Please, which currently resides in the New Castle County Courthouse that will bear Williams’ name.

Following his death in 2013 at age 78, the News Journal noted Williams’ commitment to organizations dedicated to justice and serving those in greatest need, including the NAACP, the National Welfare Rights Council, Layton Home, Peoples Settlement Association, and Walnut Street YMCA. In addition, he was “mentor-in-chief” at his former school, Howard High, where he worked with juniors and seniors interested in the legal profession.

National Guard Headquarters to be Named for Beau Biden 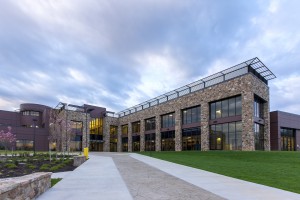 “Beau lived every day with a remarkable determination to making Delaware’s communities and our world a better place, from defending the country abroad to protecting children and our most vulnerable citizens as Attorney General to his dedication to family as a model husband and father,” said Markell. “It is only fitting that his name will forever be associated with an organization of men and women who go to extraordinary lengths to serve their state and country.”

Biden, who died of brain cancer in May, enlisted in the Army Guard in 2003, rising to the rank of Major. In 2008, he deployed to Iraq for a year as a member of the 261st Theater Tactical Signal Brigade. He earned the Legion of Merit and Bronze Star for his service.

“Nothing made Beau more proud than putting on his uniform and reporting for duty,” said Hallie Biden, Beau’s widow. “He adored his brothers and sisters in the Delaware National Guard and what they represented in our state. The men and women who walk through the doors of this building are the finest we have – we’re honored that he will forever be associated with them.”

The state-of-the-art Armed Forces Reserve Center was dedicated in August 2014, following two years of construction on the 106,000 square foot facility that now houses the Army and Air National Guard as well as the local U.S. Navy Reserve.

The building, which was conceived to foster operational efficiency by locating similar functions together and providing servicemen and women with the most advanced technology, received gold level status in the Leadership in Energy and Environmental Design (LEED) program, which recognizes best-in-class building strategies and practices. Features include LED lights, room occupation light sensors, dual ballast florescent lights in the hall ways that dim and illuminate based on human presence, geothermal heating and air conditioning, roof mounted solar panels, and underground water storage tanks that help eliminate storm run-off from the property.

During the week, approximately 175 Soldiers, Airmen, and Sailors occupy the building, with that number rising to more than 320 personnel on training assembly weekends.

“Like his father, Beau dedicated his life to serving the citizens of his state and country,” said Major General Frank Vavala, Adjutant General for the Delaware National Guard. “Major Biden’s exemplary commitment embodied the Citizen-Soldier concept and we could not think of anyone more deserving or worthy of having his name on this state of the art building occupied by the men and women of our military.”

WILMINGTON (April 19, 2013) – Two male North American River Otters have taken up residence at the Brandywine Zoo and visitors can not only meet them starting Saturday, April 20, but zoo-goers also have an opportunity to help choose names for the otters by voting at the zoo throughout the spring.

The four-year-old river otters will reside in a dedicated exhibit long a popular highlight at the Brandywine Zoo, with its underwater window and observation bridge which provide great vantage points to watch the otters’ playful antics.

“The otters will almost certainly become a focal point at the Brandywine Zoo,” said Zoo Director Nancy Falasco, “and we’re having a naming contest enabling visitors to connect even better with them.”

Zoo staff has narrowed naming options for the otters. Proposed names – the otters will be matched as “Red & Hudson,” “Cisco & Wally” or “Timber & Clark” – are posted in the zoo, and visitors can vote on the name set they like best by contributing $1 with each vote. Contributions from the naming contest will benefit the Delaware Zoological Society, the non-profit volunteer organization which supports the Brandywine Zoo. The otters’ official names will be revealed on July 4.

The North American River Otter is a semi-aquatic mammal found in and along the waterways and coasts of North America. An adult river otter can weigh between 11 and 31 lbs. River otters tend to live an average of 10 to 15 years in the wild, but in zoos like the Brandywine Zoo, where they receive a protected home, healthy diets and veterinary care, their life expectancy increases to an average of 23 years. The two beloved otters that previously lived at the Brandywine Zoo, Star and Jester, enjoyed long lives and passed away of natural causes due to old age.

The zoo’s new otters came from a facility in Minnesota. Otters are members of the Mustelidae family which also includes weasels, skunks and ferrets. Their zoo diet consists of fish and other foods common to cats and even an egg every other day.

The Brandywine Zoo welcomes visitors to come see the otters and enjoy the zoo’s many other animals. The Brandywine Zoo is part of Delaware State Parks and is managed by DNREC’s Division of Parks and Recreation, with the support of the Delaware Zoological Society. Located at 1001 North Park Drive in Wilmington, the Brandywine Zoo is open every day of the year, 10 a.m. to 4 p.m. For more information, visit www.BrandywineZoo.org or call 302 571-7747.

The Brandywine Zoo is a proud accredited member of the American Association of Zoos and Aquariums, a distinction that marks its commitment to providing excellent care for animals, a great experience for the visitors and a better future for all living things.