Reminder for the week: Don’t forget to download the enforcement app DENRP Tip 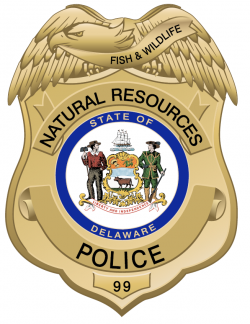 Fish & Wildlife Natural Resources Police Actions
• From Oct. 7-10, Fish & Wildlife Natural Resources Police officers continued to search the C&D Canal for one missing occupant from a submerged vehicle incident. The missing occupant was recovered Oct. 10 and pronounced deceased on scene. The Delaware State Police Reconstruction Unit is currently investigating the cause of the incident.

• On Oct. 8, Fish & Wildlife Natural Resources Police officers responded to and initiated an investigation of a non-injury, property-damage incident in which a sailboat struck the Reedy Island Jetty in the Delaware River. The vessel was removed by a private salvage company.

Citations issued by category, with the number of charges in parentheses, included:
Wildlife Conservation: Wildlife area map violation – using a firearm in an area closed to Sunday firearm deer hunting (1).

DNREC’s Division of Fish & Wildlife recognizes and thanks the majority of anglers, hunters, and boaters who comply with and support Delaware’s fishing, hunting, and boating laws and regulations. The public is encouraged to report fish, wildlife, and boating violations to the Delaware Fish & Wildlife Natural Resources Police by calling 302-739-4580 or through the DENRP Tip app on a smartphone, which can be downloaded free of charge by searching “DENRP Tip” via the Google Play Store or the iTunes App Store. Wildlife violations may also be reported anonymously to Operation Game Theft by calling 800-292-3030, going online to http://de.gov/ogt, or using the DENRP Tip app. Verizon customers can connect to Operation Game Theft directly by dialing #OGT.

Are you AWARE?
Delaware Fish & Wildlife Natural Resources Police encourage the public to download our law enforcement app as described above, which enables you to connect with our officers, receive alerts, and submit anonymous tips from your smartphones.

We look forward to hearing from you!

The regulations increase the tautog minimum size limit to 16 inches, adjust the open seasons to July 1 through Dec. 31 and Jan. 1 through May 15, and reduce the possession limit to four tautog per day during the new open seasons. The adjusted seasons allow Delaware’s commercial and recreational fishermen earlier access to tautog fishing than the previous July 17 reopening of the fishery and provide 48 additional tautog-fishing days annually.

The Emergency Secretary’s Order can be found at http://www.dnrec.delaware.gov/Info/Pages/SecOrders_Regulations.aspx.